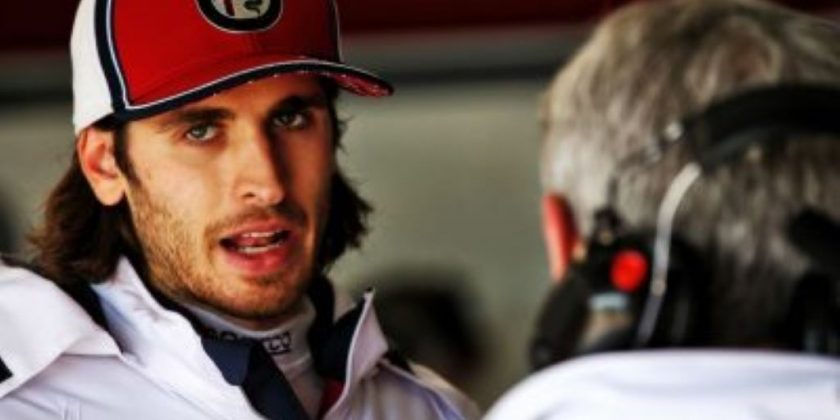 Antonio Giovinazzi is in agreement with Mattia Binotto that 2021 was probably a little too soon for him to make the step up to Ferrari.

The Italian, who has strong ties to the Scuderia, was rumoured to be on the shortlist to replace the outgoing Sebastian Vettel next year but McLaren’s Carlos Sainz ended up winning that particular race.

Giovinazzi, while proud to be on the shortlist, has the same assessment as the Ferrari boss and now wants to keep working hard in order to be potentially considered again for the seat in the future.

“You know, I’m still part of that family, and I was really happy to be also part of that list, to have maybe the possibility to take that seat,” Giovinazzi told Sky Sports.

“I think in the end, in my career I’ve never had something easy. I always fought. I always did a lot of sacrifice to have something back and I think now was maybe not the right time.

“Just after 23 grands prix, last year I grew up really well during the year but this year we didn’t race [yet], so it was really difficult for me.

“But I’m still young, so I’m sure if I continue like that, if I continue to fight and work really hard, that I can finally have that possibility in the future.”

Although Leclerc managed to show that it is possible to earn a Ferrari drive after just one season in Formula 1, Giovinazzi says his career path has been slightly different.

He added: “I know that Charles also had one season and then went to Ferrari straight away, but from my side, if we’re looking back, we [Alfa Romeo] struggled in the second part of the season with the car.”

“So, also if I grew up like a driver, the result was not really there.

“But I’m still part of Ferrari and also what Mattia says, that they still follow me and follow especially on my career, it’s something really great.

“I’m sure that still working with Alfa Romeo, still we can do a great result together and that’s my main target for now because it’s my team.”