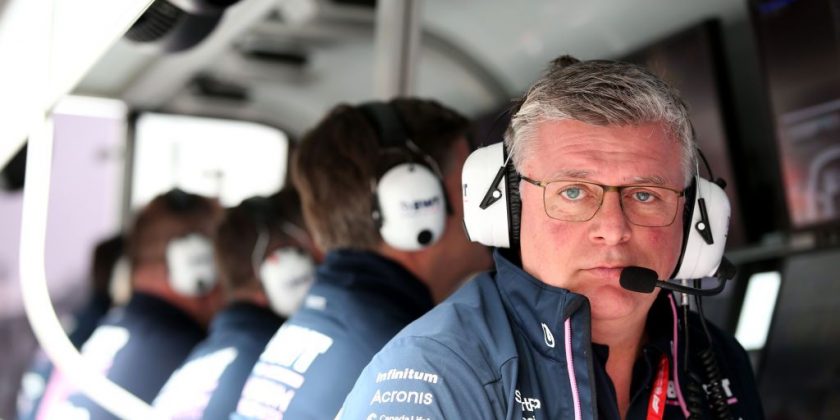 So much so, in fact, that the Aston Martin F1 chief executive officer and team principal believes three F1 races in the U.S. are not too many. And that’s good news to any of the groups kicking around the possibility of bringing the Formula 1 racing series to, say, Indianapolis or Las Vegas—two cities that come up just about anytime the rumor mill gets fired up on the topic of yet another F1 race for the U.S.

Next year, Formula 1 will stop at Miami in May and Austin, Texas, in October. That will give the United States two F1 races in the same season for the first time since 1984. That year, F1 made summer stops in back-to-back weeks at Detroit and Dallas.

Szafnauer knows Detroit and the U.S. market well. The Romanian-American spent many of his early years growing up in Metro Detroit and has degrees from both the University of Detroit and Wayne State University downtown. He also spent time as a program manager at Ford. He remembers the old Detroit Grand Prix on the streets of downtown.

“I’ve been a Formula 1 fan since the early ‘80s when I lived in Detroit,” Szafnauer said in Zoom interview with U.S. media this week. “There’s lots of other Formula 1 fans in the States. Drive to Survive (on Netflix) being as popular as it is, I think that’s driven a much wider and more diverse audience. I think our product is so entertaining and enticing, once you start getting the flavor for it and start understanding it, then I think the Formula 1 audience in the States can grow significantly.”

And with that growth, Szafnauer sees room for another race in the U.S. beyond just races in Texas and South Florida scheduled for next season.

“I think if we were to add another Grand Prix—say we have three of them there (in the U.S.) and they’re spaced correctly—I think the American market is big enough where if you have three Grands Prix there, it’s not at the saturation point,” he said. “That’s just my opinion.

“Knowing that NASCAR in the past has had, I don’t know, 42, 44 races there, and every body still enjoyed NASCAR. Although we are truly a global sport and it is a World Championship, I think having three in a country like the U.S. is still very much viable and there will be demand.”

Szafnauer has seen the recipe for growth of Formula 1 first hand from when he was growing up, and sees parallels today.

“It’s been my experience that if a household watches Formula 1, the dad likes it, say, then the children like it, and it just grows geometrically,” he said. “Many, many of my friends who are now in their 50s like me, started watching Formula 1 because their parents enjoyed it back in the ’70s.

“If we can get that momentum, I think the growth could happen very quickly.”