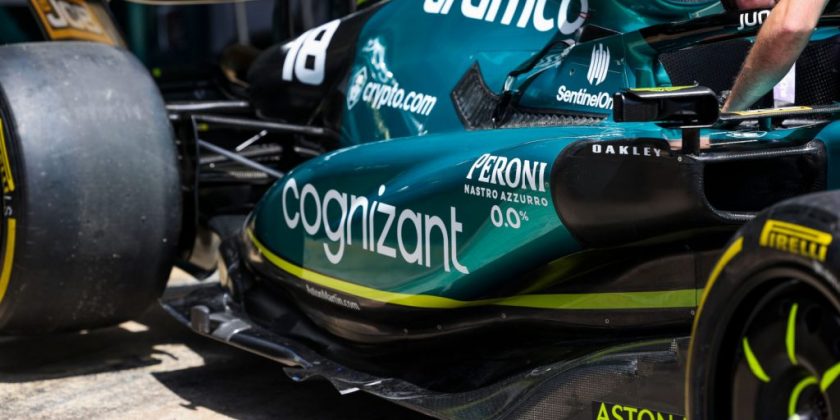 Having introduced new parts at Silverstone, Aston Martin will continue with those in Austria with Mike Krack admitting it is “super critical” that they get an understanding of whether or not they are heading in the right direction.

The Silverstone-based team ran a front floor and front wing along with other parts at the British Grand Prix, Sebastian Vettel racing his way from the back of the grid into the points.

But while that was a good result for the team, the German was the first to concede he was baffled by the car’s pace.

“I think it’s going in the right direction, but it does take time,” he told Channel 4 after the race. “I think it’s a bit confusing still at this point to be very honest, because we had some new parts.”

Krack says the team’s first goal in Austria is to clarify some of that confusion.

“It is very important, because you will know where we are in the championship,” he told Motorsport.com, “and we need to carefully weigh cost cap for the upgrades, and AMR23.

“So it will be super important and super critical to find out where we really are. And then extrapolate obviously, what can we achieve with the package that we have? Or what further steps do we have to do?”

The team like its rivals is having to balance updating the car versus the $140m budget cap.

As such it is even more important than ever to understand exactly what performance a new part brings to the car, and whether it is worth the money or if Aston Martin should hold back for 2023.

“It is that simple,” Krack said. “The continuity helps and that is why [potential 2023 rule changes relating to porpoising] is not really desirable.

“Let’s say we find an improvement, and we cannot afford it anymore. Then we have to delay it to next year.

“But vice versa, if you can still afford it, you take something that you put now that you can also take into the next year, whereas when the rules change, you can’t.”

The team boss explained that porpoising, and whether or not that it is playing a role, is also confusing the team as it changes the characteristics of the car.

“It goes a little bit with the whole understanding of the car,” he said.

“Just to give you an example, when you have this high porpoising, you put a lot of energy in the tyres. If you don’t, you don’t. So it changes completely the way you have to set up the car, in the dry and in the wet.

“And there are a couple of points there where we need to understand. There might be side effects that we are not on top of.

“Because if you look back, we had some races where we were very strong in the wet. And we have now two sessions where we were not, and this to be honest, we don’t really understand yet.”