Both cars are fast, but one is definitely faster.

It was a little over a month ago when we came upon a very cool roll-racing video featuring a Bugatti Chiron at the SCC 500 Rolling 50 1000 event in Germany. It’s a lengthy name that basically describes the action – cars line up for a rolling start from 50 km/h, then nail the throttle for a 1,000-meter sprint. That translates to roughly a half-mile, which is plenty of space for the Chiron to exercise its massive 1,500-horsepower (1,118-kilowatt) engine.

It’s also plenty of room for the McLaren 720S to exercise its own mill, which at 710 hp (529 KW) is plenty powerful but still less than half the power available in the Chiron. However, it’s also burdened with considerably less mass than the bulky Bugatti, and we have seen the 720S pretty much dominate all competitors in other racing videos. In fact, the mighty McLaren squared off against a Chiron as well as numerous other competitors in a video we saw last year, and the 720S held its own against the Bugatti. That was a much shorter track, but can the 720S featured here manage the same result with considerably more room to run? 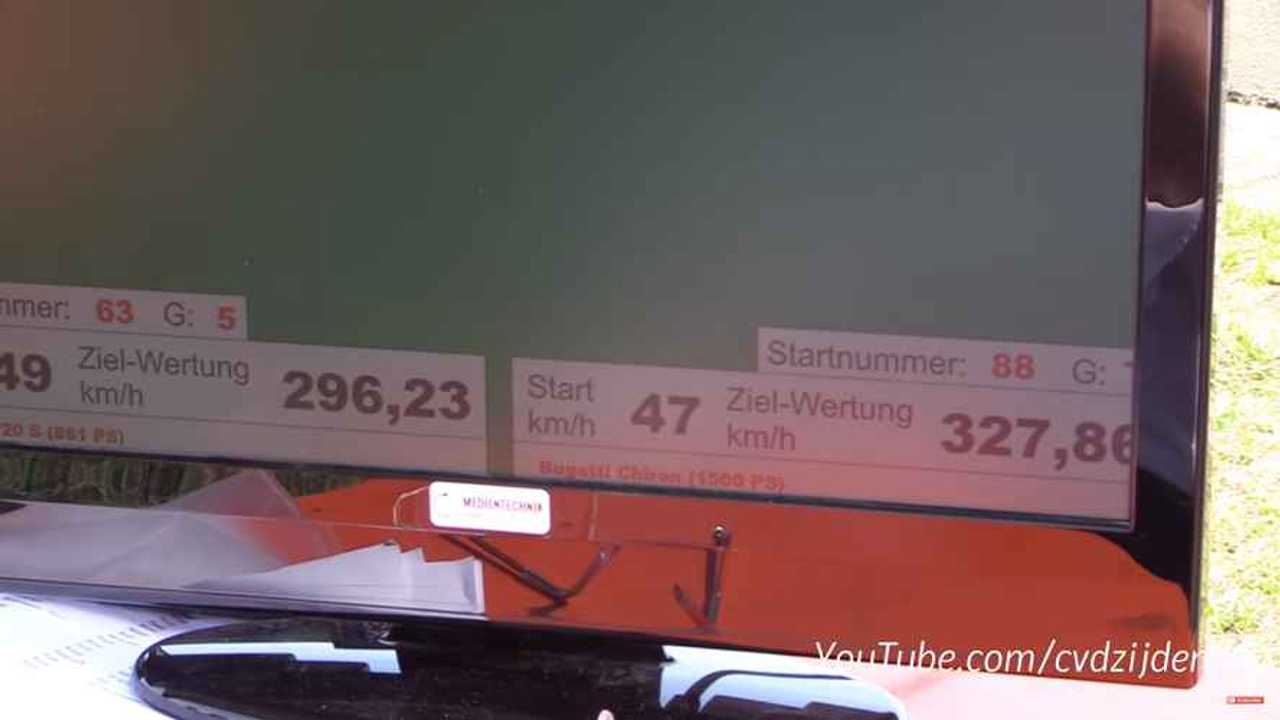 Honestly, we don’t really know which car crosses the line first here. The video comes from cvdzijden – Supercar Videos on YouTube and the perspective from the starting line makes it’s impossible to see who finishes first. Additionally, there are no elapsed time figures recorded at this event. However, the car’s speed at the finish line is recorded, and if the Chiron didn’t actually get there first, it would’ve positively blown the McLaren off the road shortly thereafter.

The two hypercars line up twice, and each time the result is the same. At the finish line, the Chiron is approximately 30 km/h faster than the 720s – 294.5 km/h versus 324.4 on the first pass and 296.2 versus 327.8 on the second. Yes, the McLaren is lighter and that helps it considerably at lower speeds. But there’s just no stopping a car at the other end when it has twice the horsepower.

We don’t have a definitive answer on the actual winner, but going strictly be the trap speeds this round goes to the Chiron.