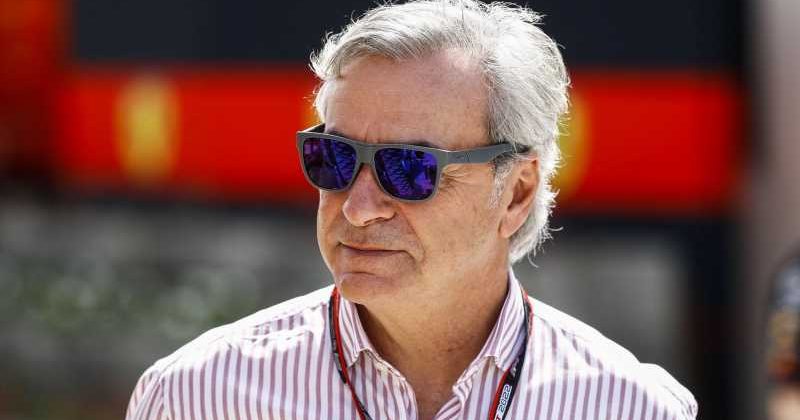 Carlos Sainz Sr criticised the penalty handed out to his opponent after being involved in a heavy crash in an Extreme E race.

Sainz Sr, the father of Formula 1 driver Carlos Sainz Jr, races for Acciona | Sainz XE Team in the series and was competing in the Final of the Island X-Prix in Sardinia when the crash occurred.

He was leading the race at the time before being hit by Rosberg X Racing’s Johan Kristoffersson and his car flipped as a result of the impact.

Sainz was momentarily trapped in the car as it lay on its roof and the red flag was waved.

He was eventually able to leave the car before being taken to hospital while Kristoffersson was given a 30-second penalty, demoting the Rosberg team from the winners’ spot to third place.

Carlos Sainz and Johan Kristoffersson collide in the Final 💥

Carlos received a full check-up in hospital as a precaution but was cleared and released this evening. We wish him well and hope to see him back in action this weekend!#ExtremeE #IslandXPrix pic.twitter.com/OcgCQ1ZYBT

Sainz later took to Twitter to confirm he was okay but also expressed disappointment at Kristoffersson only being given a 30-second penalty.

“Luckily all the medical checks were fine and I have just been released from the hospital, although I feel quite a lot of pain,” the 60-year-old said. “I am really disappointed nevertheless with what happened on the track and even more so with the fact that there was only a 30-second penalty for who caused this big accident.

“In over 40 years in motorsports, this is one of the most serious actions that I have ever seen without an exemplary penalty. Thanks a lot to everyone for your messages of support.”

Following the crash, Acciona | Sainz XE Team confirmed that Sainz had remained conscious in the immediate aftermath of the heavy hit and that he was taken to hospital as a matter of precaution.

“This afternoon, Carlos Sainz was hit by another card when he was leading the Final of the Island X-Priz I in Sardinia,” a statement read.

“As a consequence of the impact, the car of Acciona | Sainz XE Team rolled over in a heavy crash. Carlos was able to leave the car on his own and remained conscious. The driver was then taken to the hospital for medical checks, for precaution.

“The team will issue updates about his status in due time.”