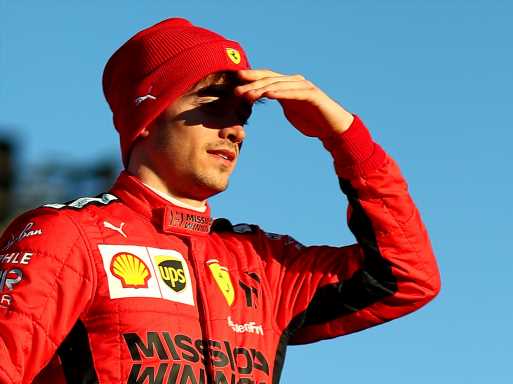 Charles Leclerc is expecting the “very tricky” conditions at the Nurburgring to lead to some major shocks at the Eifel Grand Prix.

Many expected the colder temperatures to have a major impact on the race weekend, and they were proved right as fog stopped either Friday session from taking place.

While the forecast suggests that things will clear up a bit, it still looks set to stay cold and wet all the way through to race day. Because of this, Leclerc thinks that teams and drives alike are in for a tough one.

“It’s going to a big challenge for the drivers, and also for the teams to put the tyres in the right window. It will be very, very difficult, especially as we’ve been struggling whenever it has been a bit cold. Here it’s very cold, so let’s see how we handle it.

“As racing drivers, the conditions are always changing, I’m pretty sure during the weekend they’ll change quite a bit, so this will make it more difficult, but it should be exciting.”

This season’s Ferrari is the worst car the team has built in quite some time, and is often not quick enough to make the top 10 on neither Saturdays nor Sundays.

In order to change this, minor upgrades were taken to the Russian Grand Prix, and more have been developed in time for the race at the Nurburgring.

Leclerc feels that this shows the team is headed in the right direction.

“It’s good, I think that’s what we needed,” he added, referring to the development work.

“To analyse what was really wrong on the car, which we understand, and now we are coming with small solutions race after race which made a small difference in Russia and will hopefully make another small difference here.

“If we keep working in that direction, then I’m sure positive results will come soon.”

That being said, given the changeable conditions, he’s not getting ahead of himself and is expecting some shocks on Sunday.

“To be honest, I wouldn’t know what to say,” the Monegasque added when asked about his expectations for the race.

“Those conditions are very, very tricky, so I think that we’ll have some big surprises this weekend.”