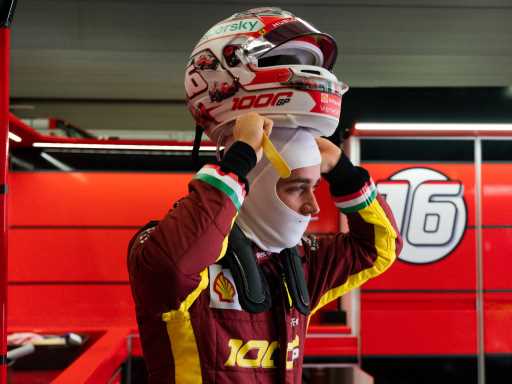 Charles Leclerc believes Ferrari’s filming day earlier in the year helped him to P3 in the opening practice session at Mugello.

Ferrari came into their second home race of the 2020 season off the back of a dismal showing at their traditional home event – the Italian Grand Prix at Monza.

Sebastian Vettel would retire early on with a brake failure, before Leclerc caused the race to be red flagged after a heavy crash at Parabolica.

But Leclerc would start Formula 1’s first race weekend at Mugello in style, finishing P3 in the opening practice session, only three tenths down on Mercedes’ Valtteri Bottas at the top.

Ferrari of course own the Mugello circuit and regularly use it as a testing venue. The Scuderia held a filming day in June, and Leclerc felt that helped him hit the ground running in FP1 whilst the other teams were getting to grips with Mugello on their first visit.

Leclerc finished P10 in the afternoon session which goes some way to backing up his theory.

“It was positive, but on the other hand, when it’s going positive, we need to understand why,” he told reporters.

“To be honest, it was a bit of a surprise for everyone.

“I have my personal opinion: we have done a filming day which helped us to get in a rhythm of the track, as for all the other drivers, it was a new track.

“So maybe this helped us a little bit. But in FP2 it was more where we expected to be.

“I believe that it’s all very close, and I believe that we can do a step, a positive step forward tomorrow. I have some optimism.”

The SF1000 didn’t look the easiest car to drive though at its home venue. Both Leclerc and Vettel had spins before Vettel suffered a complete loss of power at the end of FP2.

And the four-time World Champion did say that his Ferrari in its special 1000th race anniversary livery was “quite a handful” .

“It’s a nice track, obviously nice scenery, and you enjoy that a lot,” he added.

“Obviously it’s quite brutal on tyres, so you get one lap and then it’s quite different after that. It’s definitely fun to drive.

“We’re working on it, and I still think we have plenty of work ahead to try and improve it. We’ll see. I’m not happy yet, but it’s Friday and that’s what Fridays are for.

“I think we can make [the car] better, but it will be a fight, so obviously it’s quite a tough circuit in terms of needing the balance that you would like from the car.

“I’m sure we will find some small bits.”

Vettel finished FP1 in P13, before improving slightly to P12 in the afternoon.