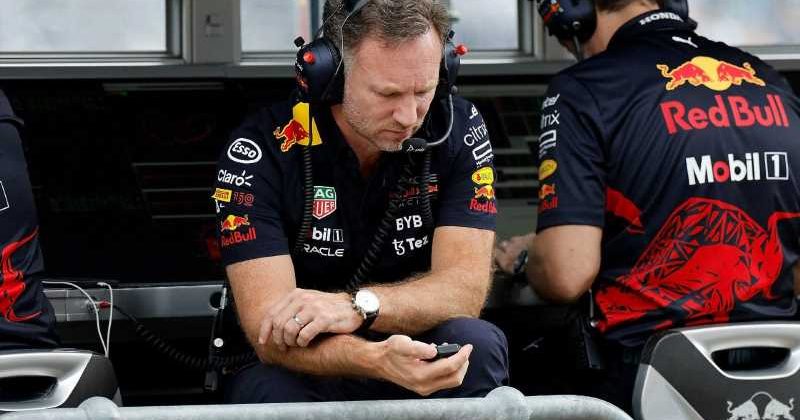 Christian Horner has suggested Max Verstappen’s retirement from the Australian Grand Prix was not related to the Red Bull engine.

Running second to eventual winner Charles Leclerc throughout the first 39 laps, Verstappen suddenly pulled over and parked up with a small fire visible at the rear of the car.

The World Champion said over the team radio he could “smell weird fluid” as he retired due to a car breakdown for the second time in the opening three grands prix of the season.

Max Verstappen is OUT of the race!!! ❌

He's had to retire the car after being asked by his engineer to stop at Turn 2#AusGP #F1 pic.twitter.com/hLz41lNaLf

As a result, despite having won the Saudi Arabian Grand Prix, Verstappen finds himself down in sixth position in the Drivers’ standings, 46 behind clear leader Leclerc.

The Dutchman said afterwards the retirement was “pretty frustrating and not acceptable” and that, being “miles behind”, he did not “even want to think about the championship battle at the moment”.

Horner sympathised with his driver’s anguish but was non-committal about what had gone wrong at Albert Park – although the Red Bull team principal did hint at a “fuel issue”, with Verstappen and team-mate Sergio Perez’s retirements from at the season-opener in Bahrain having been attributed to the fuel pump.

“It’s totally understandable, his frustration. That was a really disappointing result not to finish the race,” Horner told Sky F1.

“We don’t know what the issue is yet – I don’t think it’s actually engine-related.

“I think it might be a fuel issue but we need to get the car back. We need to be able to look at what exactly happened.

“Until we get the car back, we don’t have the data [or the] info. [It’s] pretty frustrating.”

The only positive for Red Bull was that Perez finished second, with both he and third-placed George Russell achieving their first podiums of the season.

“As Max said, we didn’t have the pace to race Charles today,” added Horner.

“They were in a league of their own. It’s frustrating not to be bagging those points.”

Red Bull mechanics had been seen working on the front of Verstappen’s car before the race, having also made gearbox-related changes overnight, but Horner doubted those had been at the root of the problem.

“I don’t think it’s related to that but, as I say, it’s all premature until we get the car back,” said Horner.