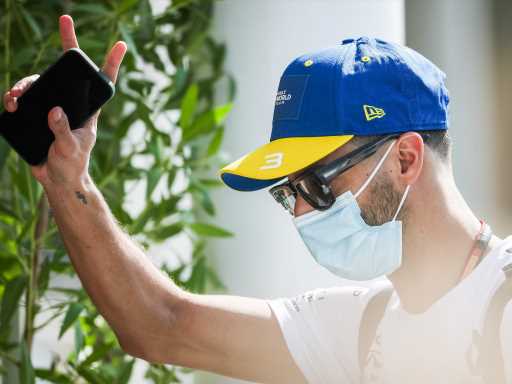 Daniel Ricciardo wants to put on a show in Abu Dhabi in what will be his final qualifying session with Renault.

The Aussie made the surprise move from Red Bull to Renault ahead of the 2019 season, but his two-year stint with the team will be brought to an end as he switches to McLaren for 2021.

Sadly Ricciardo’s FP1 in Abu Dhabi was ruined by a suspected fuel pump issue, though he admitted that FP1 was the best session to miss since it isn’t representative of race conditions.

That being said, Ricciardo is raring to go for qualifying and determined to put on a show one last time in Renault colours.

“If you’re going to miss a session in Abu Dhabi it’s probably better that it’s the first one as it isn’t representative for qualifying tomorrow and the race on Sunday because of the later start times for those sessions,” he told the Renault website.

“I think the evening session today was pretty good for us and we hit the ground running straight away. We did plenty of laps and the car felt good for most of the session. With a couple of tweaks, I think we’ll be in a good place tomorrow.

“Qualifying is going to be really important here and, of course, it’s my last one with the team, so I’m looking forward to putting on a good show.”

Renault go into the Abu Dhabi Grand Prix 22 points behind Racing Point who hold P3 in the Constructors’ Championship, so while outsiders, they certainly are not out of contention.

And heading into qualifying Ricciardo’s team-mate Esteban Ocon said there is little to choose between the midfield pack.

“It was a pretty good Friday in terms of our short runs. We still have some work to do overall because our long runs aren’t where we want them to be, especially as that has been among our strengths this year,” he explained.

“That does, however, give us something to work out over the weekend and I’m sure we’ll get there. Otherwise it’s promising on the timesheets and it’s going to be very tight once again.

“Whether it’s a long track or a short track, it’s very close! I think qualifying will be interesting tomorrow and we need to extract the best from the car. I’m ready for it.”