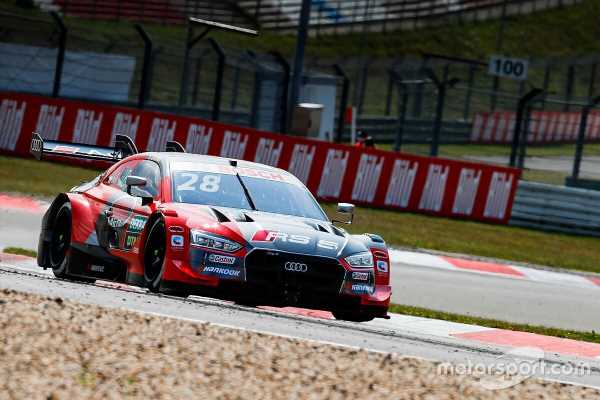 Audi driver Loic Duval will skip the second of the two DTM rounds at Zolder on October 16-18 to attend the clashing Petit Le Mans at Road Atlanta.

Duval will drive JDC-Miller MotorSport’s Mustang Sampling-backed Cadillac DPi-V.R in the 10-hour endurance race, marking his second IMSA WeatherTech SportsCar Championship outing with the team in 2020 after the Rolex 24 at Daytona.

Duval confirmed to Motorsport.com that he would miss the second Zolder round, his first absence from a DTM weekend since his debut in the series in 2017.

While factory drivers from the Audi stable have traditionally given priority to the DTM, Duval revealed in August that the Ingolstadt-based marque is giving its drivers more freedom to contest other championships.

This follows Audi’s decision to withdraw from the DTM as a factory entrant after 2020, although it has since pledged its support for the series’ move to GT3-based cars next year – and is willing to let its factory drivers race for customer teams.

Audi has yet to formally confirm Duval’s absence or announce a replacement for the French driver, but Benoit Treluyer is considered to be the most likely candidate to take the second Phoenix Audi seat alongside 2013 champion Mike Rockenfeller.

The three-time Le Mans 24 Hours winner serves as Audi’s official reserve driver and most recently tested the marque’s RS5 DTM car at Spa-Francorchamps in July ahead of the start of the coronavirus-delayed 2020 season.

Although Treluyer has never contested an official DTM race, he did take part in last year’s joint event with Japan’s SUPER GT series at Fuji Speedway, finishing as the top driver in a DTM car in sixth in the first race.

Motorsport.com has reached out to both Audi and Treluyer himself for comment.