What a race! Kimi Raikkonen ends a lengthy, lengthy wait, while Sebastian Vettel just about recovers to take the World Championship battle into another race weekend.

Here is how race day unfolded in Austin, Texas…

After meeting one the ‘Verstoppers’ in qualifying on Saturday, there was a double blow for Max Verstappen as his P13 on the grid became P18 with news of a gearbox penalty. 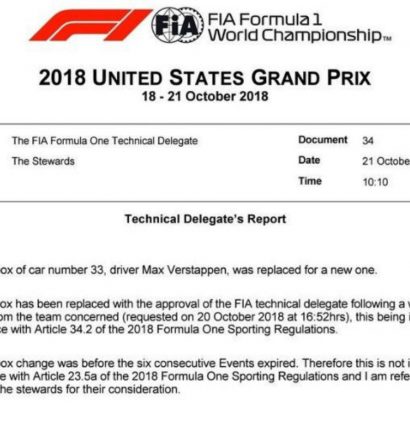 The Mercedes mechanics were also kept busy in the build-up to lights out.

Mercedes changing the water pumps on both cars. Bottas had a leak in qualifying and Hamilton's car data suggested his also had a problem. Units were fresh here, so Mercedes fitting "old, proven pumps of the same spec"

Hamilton, on the brink of a fifth World Championship title, was in a relaxed mood ahead of the United States Grand Prix… 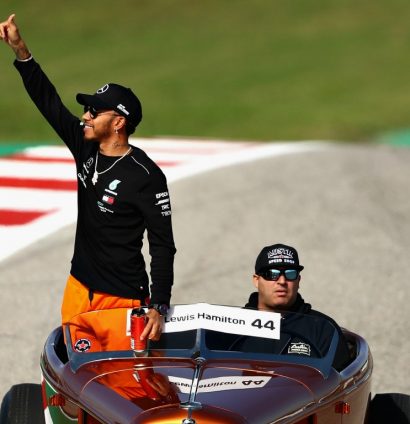 There was also word from the only American driver on the grid: D-Ricky Bobby.

The ?? accent is out again: Daniel Ricciardo sets the scene for the #USGP!

We interrupt the race gallery to bring you this message:

Just for a change, the expected pit strategies were a one-stopper.

Here's a look at some potential tyre choices, powered by @awscloud#USGP ?? #F1 pic.twitter.com/cQ7LaXUORB

Thankfully there was no sign of Michael Buffer this year with some awkward driver introductions. 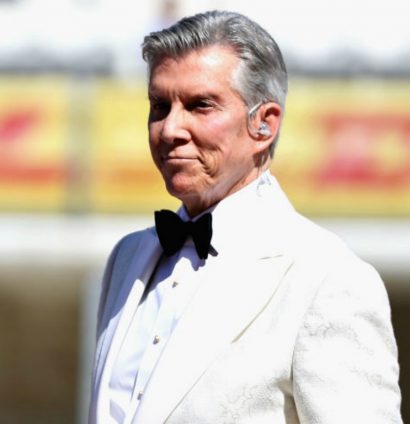 In case you had forgotten, Red Bull were there to remind everyone that we were very much in Texas territory…

Only at Red Bull ? #F1 pic.twitter.com/rS1e5Nxesx

A gorgeous day for a motor race ? Let's do this, shall we?#USGP ?? #F1 pic.twitter.com/nvtlh6a7iT

It was an eventful start once the lights went out. Kimi Raikkonen got down the inside of Lewis Hamilton to take the lead going into Turn 1.

But, it was disaster once again for Sebastian Vettel.

There was then a seventh race retirement of the 2018 season for Daniel Ricciardo. Will this guy ever catch a break?

Noooo! ? Daniel retires from the #USGP due to a suspected battery issue. pic.twitter.com/oQHlZKUXYQ

Fernando Alonso and Romain Grosjean were the other early DNFs.

Fernando pits after picking up damage on the first lap. Unfortunately, the team are forced to retire the car and he’s pushed back into the garage. #USGP pic.twitter.com/FZFbV5fo52

A Virtual Safety Car saw Hamilton pit for soft tyres, while race leader Kimi Raikkonen stayed out on his ultrasofts.

The Finn then proceeded to hold up Hamilton as much as possible. 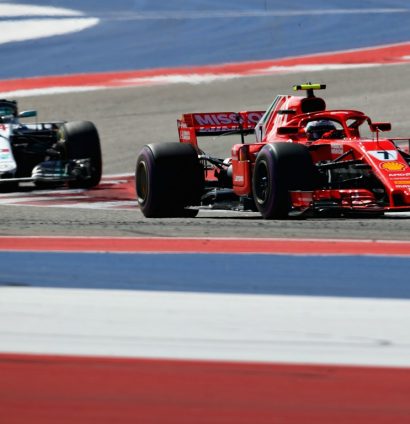 With the first part of Raikkonen’s job complete, Vettel, recovering from his first lap spin, allowed his team-mate back through to try and take the fight back to Hamilton.

Raikkonen: "Should I just let him past or what?!"

The question was whether if Hamilton would try to make the softs last until the end or switch to a two-stopper.

The answer was the latter. Mercedes playing it safe…

With 10 laps to go, Verstappen was chasing down Raikkonen for the race win, Hamilton was in pursuit in third and Vettel was closing in on Bottas in P4. A fascinating conclusion was in store.

Hamilton had a little look at Verstappen but couldn’t make the move stick. Vettel, meanwhile, made sure the title ‘fight’ went onto Mexico.

Vettel gets past Bottas, and up into P4! ?

With Verstappen and Hamilton squabbling with each other, step forward one Kimi Raikkonen.

What a great race and what a fantastic result for Kimi Raikkonen. "Fucking finally, thank you guys," he says….