Carlos Sainz says Fernando Alonso’s impending exit from Formula 1 should give the series’ chiefs food for thought and encourage them to make the championship more competitive.

The 37-year-old two-time F1 champion will not be on the grid next year, and while he has left the door open for a return, he has also stated he’s treating his departure as a “goodbye” to grand prix racing.

Alonso has endured a difficult time in F1 since re-joining McLaren four years ago, and with wins and podiums out of reach the Spaniard has often struggled to hide his frustration at the competitive picture.

Speaking ahead of the Mexican Grand Prix, Sainz said Alonso’s exit should prompt introspection from F1 – as he hinted his compatriot’s decision was motivated by the fact teams like McLaren have no chance of taking the fight to the big three of Mercedes, Red Bull and Ferrari.

“I think it is something for Formula 1 and for everyone to consider – why one of the best drivers is leaving and why we cannot have a bit more competitive grid, where many drivers can fight for wins or for podiums.

“I think it’s a thing to consider and something to think about for the future.”

Following his announcement, Alonso named F1’s predictability and the quality of track-action as the reasons for his decision – but some have suggested the fact he couldn’t find a top-line drive for 2019 was instead the main impetus.

“Fernando is a winner, he wants to win races,” Red Bull’s Max Verstappen said in Mexico. “He didn’t see that happening in the near future, and of course he’s been trying for a few years, I can understand why he leaves.

“Probably some new adventures for him, probably he can win again, I think that would motivate him very much and we’ll see what happens in the future, if he comes back or not.”

Alonso’s peer Kimi Raikkonen – who will leave Ferrari at the end of the year but will remain on the grid with Sauber into his forties – argued that rather than being an early departure, the Spaniard’s exit was nothing out of the ordinary.

“The fact is, we are all going to stop at some point,” he said. “There’s always new guys coming, and all of us have to go at some point. That’s how it goes.” 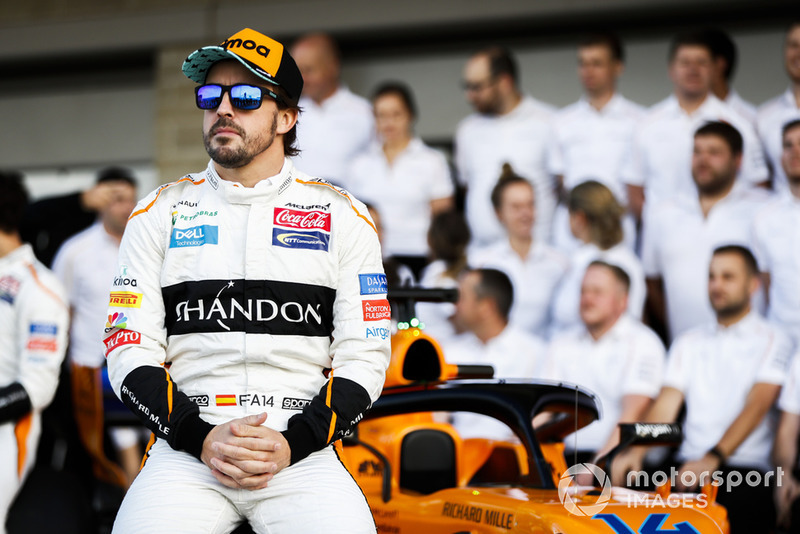