The FIA’s official investigation in to the first corner crash at this year’s Belgian Grand Prix has concluded that the halo saved Charles Leclerc from being hit on his visor by the front wing endplate of Fernando Alonso’s car, Motorsport.com can reveal.

Following weeks of analysis of video footage and data from the cars involved, the final report in to the accident has concluded that the halo did play a crucial role in saving Leclerc from injury or worse.

The report by the FIA Global Institute, the findings of which are revealed here for the first time, have given the clearest indication yet of how well the halo stood up to the crash.

For not only did the cockpit protection system remain ‘structurally intact and in a usable condition’ following the 58kN impact from Alonso’s right front wheel – with Sauber able to remove it without issue after the event – it also helped deflect the McLaren away.

Pictures of the accident captured by the FIA’s high-speed cockpit camera showed that Leclerc was only hit by small pieces of carbon debris from Alonso’s car as it flew over his cockpit.

Without the halo, however, the incident would have been worse – even though the front-wheel trajectory would not have brought it in to contact with Leclerc’s head.

Speaking exclusively to Motorsport.com about the results of the investigation, the FIA’s Safety Director Adam Baker said: “From the available data and video footage, we are confident that the wheel would not have hit Leclerc’s helmet.

“But, as Alonso’s car continued to yaw relative to Leclerc’s, we believe that Alonso’s front wing endplate would have just contacted Leclerc’s visor. It is difficult to predict the severity of the contact with any precision though.” 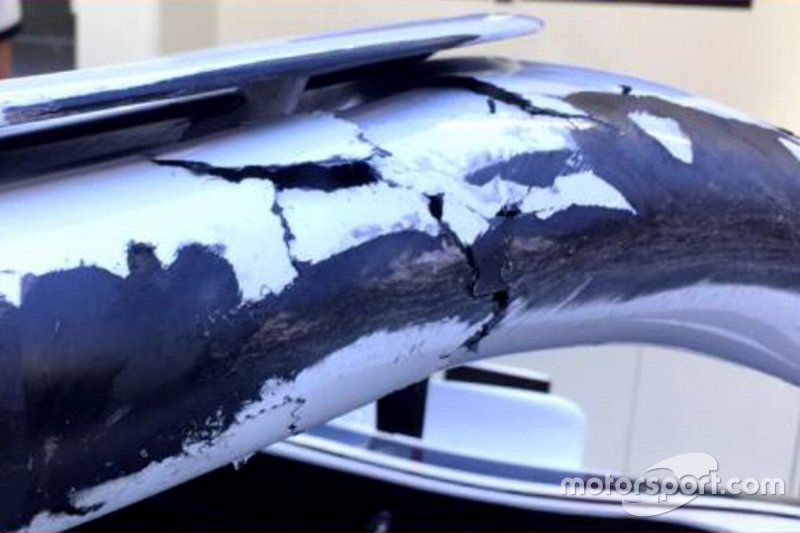 The official crash report in to the Spa accident, put together by the FIA Global Institute, confirmed that the main point of contact was Alonso’s right-front wheel striking the right-hand upper side of Leclerc’s halo.

Analysis shows that the relative velocity between the two cars was approximately 30km/h, with an estimated impact angle of 90 degrees.

This clash with the halo was enough to break the suspension on Alonso’s car, but the right-front wheel rim remained intact and the tyre appeared to have remained inflated. Leclerc’s right rear suspension was broken in the accident.

The key findings from the report are:

* The estimated peak force imparted on the Halo was 58kN, this being 46% of the 125kN FIA prescribed load requirement for the Halo and chassis attachment points. The contact position during the crash was close to the load application point for the homologation tests.

*If the wheel had contacted Leclerc’s helmet with a similar force, there would have been potential for a very serious head or neck injury.

* The energy and force of a wheel impacting the Halo are inherently limited by the speed and mass of the wheel assembly and strength of the attached suspension. If the full mass of the car had impacted the Halo loading through the primary structure, the impact energy would have been approximately 30kJ (based on 840kg at 30km/h). Such energy would have devastating consequences if it loaded directly onto the driver. However, the Halo would not be able to absorb all this energy without significant deformation and probable failure.

*An investigation by Sauber has confirmed that the Halo structure, its attachments and the chassis were not damaged or deformed due to the engagement with the wheel. 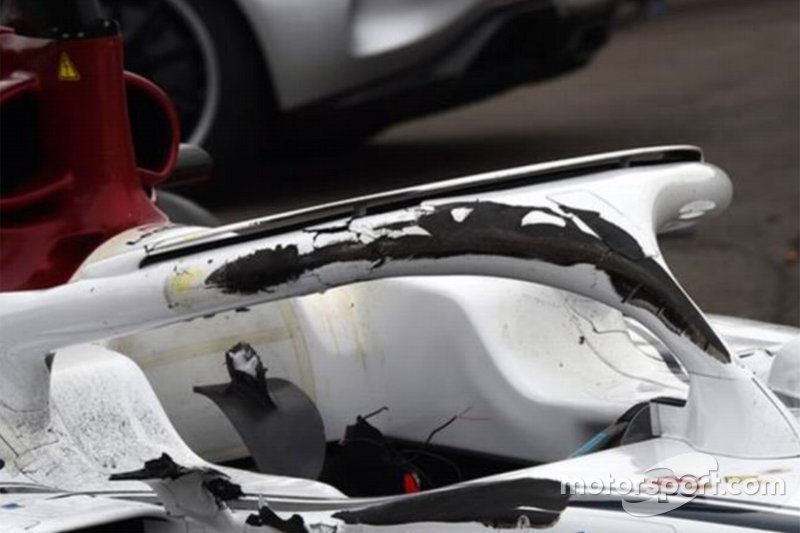