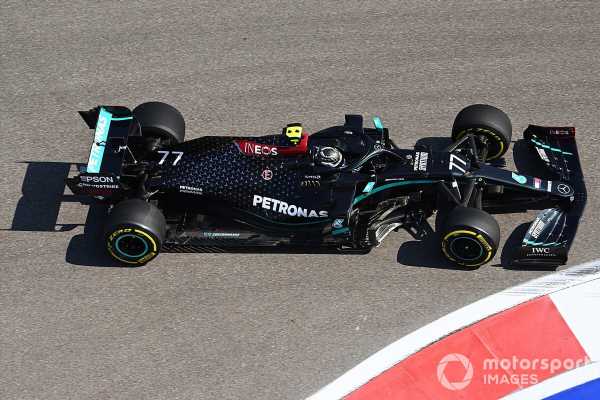 In the first practice, Bottas was half a second clear of Daniel Ricciardo’s Renault, who had Max Verstappen (Red Bull) and Sergio Perez (Racing Point) close behind. Hamilton was only 19th fastest, 2.793s off his teammate’s pace, and lost his soft-tyred lap due to Carlos Sainz crashing his McLaren. Williams’s Nicholas Latifi later suffered a shunt, burying his car in the barriers and causing a red flag.

In FP2, Bottas was on top again, lowering the fastest time to 1m33.519s, which was a quarter of a second quicker than Hamilton. Ricciardo was best of the rest again, ahead of McLaren’s twins Sainz and Lando Norris.

Verstappen was only seventh fastest, and suffered a spin to add to his frustrations.