German Formula 3 racer Sophia Floersch has announced that she is flying home on Monday, eight days after her horrific crash in the Macau Grand Prix.

The 17-year old has been recuperating following a long operation last Monday to mend a spinal fracture sustained in the shunt, in which she flew over the barriers and fence following contact on the approach to Lisboa that left her without her left-side wheels.

Florsch wrote on Facebook: “Today I am flying back home. I am still overwhelmed by all the support I got from you fans all around the world.

Before the crash, Florsch’s racing activities for next season were looking likely to be based on continuing in the outgoing Formula 3 European Championship machinery in the DTM-support series for the cars.

She joined the European F3 grid at Zandvoort in July after missing the opening three rounds, and completed the season with Van Amersfoort Racing. 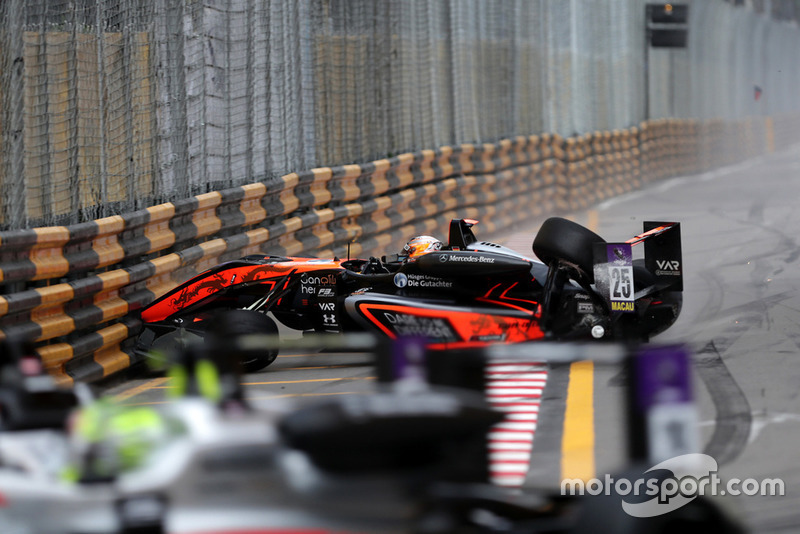