Formula 1 team owners stepping in to rescue ailing squads has “saved” Liberty Media from having to “scramble” to prevent outfits disappearing from the grid, says Gene Haas.

Earlier this year, Lawrence Stroll and a group of investors rescued Force India from administration and entered the ‘new’ Racing Point Force India outfit for the Belgian Grand Prix onwards.

In recent years, F1’s three new teams for 2010 – HRT, Virgin and Lotus – all collapsed, with the last two in the forms of Marussia and Caterham respectively.

The Enstone Lotus squad fell into financial troubles before it was rescued by Renault and became a factory team for 2016.

Haas, who runs the successful Stewart-Haas Racing NASCAR team that is in contention for the 2018 Cup title, says the American series is reacting better to teams struggling.

“That is the bad side of racing,” he told Motorsport.com. “You see people who have spent fortunes in racing and walk away with nothing.

“It’s pretty common, so you have to be doing it for the love of the sport. But we’re starting to see how racing teams in all venues are looking like.

“That business model, how it got that way, we don’t know. In NASCAR the owners are saying ‘everyone else seems to make money, why shouldn’t we make money?’”

“I think it is changing, because in NASCAR a lot of the teams are disappearing. 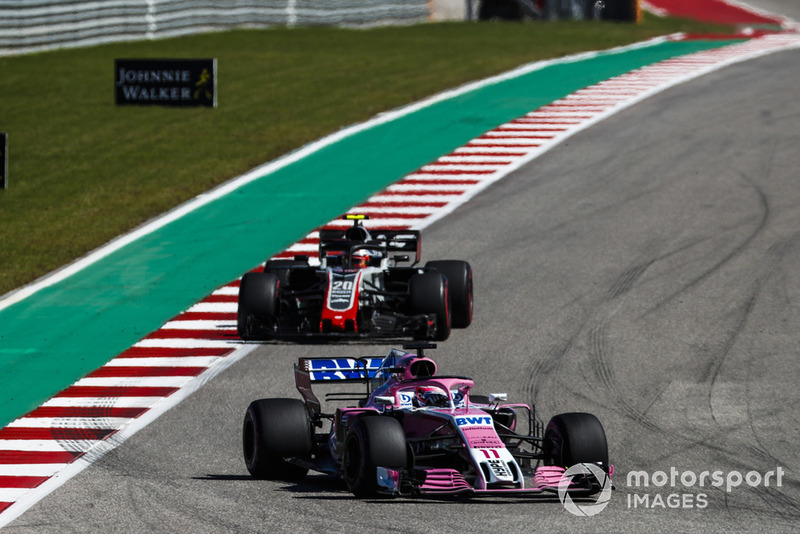 “Force India was almost on the way out, if it wasn’t for Lawrence Stroll stepping in and saving them or [Hans Rausing at] Sauber, those teams would have been gone.

“The fact that they were saved, saved Liberty Media from having to scramble. If a few of those teams were to drop out it probably would force the issue of how do we fund teams?”

Haas says there is a lack of progress on F1’s wide-ranging overhaul planned for 2021.

“It’s like getting 10 people to go through a door, it just doesn’t work.

“I can’t speak for Liberty but I think they probably thought that they were going to have a lot more freedom to do what they wanted.

“But now they’ve run into the same problems that we all run into, which is that you’ve got all kinds of rules and agreements, and FIA and FOM and team owners.”

Haas was against Racing Point Force India earning the prize money income due for its success as the original Force India entity, because the Concorde Agreement specified that a team had to be a continuous entity.

Haas said: “We don’t want to see Force India go away, but we did everything according to the book, and we certainly don’t want someone else sidestepping everything we did over two years, and breaking the line.

“Our argument is how FOM has come in and basically said, ‘Here’s how it’s going to play,’ and we’re saying, ‘No it seems to be in conflict with what we understand,’ and we’d just like to have it vetted out.

“We want to hear back from FOM, what they have to say, and explain it to us in a way that we understand it.”