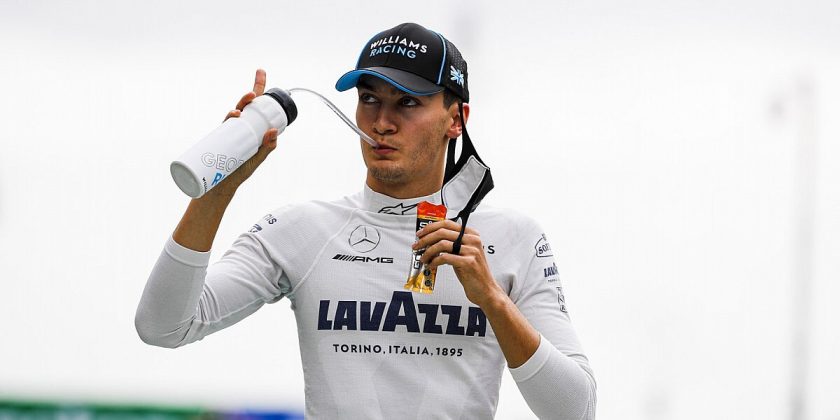 Formula 1’s silly season has proven to be particularly turbulent through 2020, but the majority of question marks have been removed heading to Turkey this weekend.

While we still wait for news of Lewis Hamilton’s anticipated new deal with Mercedes – despite his claim there are “no guarantees” he will be around in 2021 – the focus lies chiefly with Haas and Red Bull to make their next moves.

But so strange has this year’s driver market been that even teams seemingly with confirmed line-ups and drivers with fixed contracts have come under scrutiny.

Sergio Perez notably lost his seat with Racing Point despite having a contract in place for next year after the team bosses opted to trigger an exit clause, paving the way for it to sign four-time world champion Sebastian Vettel from Ferrari.

Perez’s push to find a seat for 2021 led to another driver whose future appeared sewn up coming under pressure in recent weeks, only for the saga to quickly get nipped in the bud.

George Russell’s performances throughout his time at Williams have won him praise from all corners of the F1 world. The 2018 Formula 2 champion spent last year struggling at the back of the grid amid the team’s downturn in form, but soundly beat Robert Kubica across the course of the season, even if a fluked point at Hockenheim meant the standings said otherwise.

Williams had made clear to Russell’s parent team, Mercedes, that it wanted to keep him for the long-term, having signed him to a three-year contract that started last year. With news emerging that Valtteri Bottas was set to stay with Mercedes for 2021, Williams announced in July that both Russell and teammate Nicholas Latifi would be retained for next year, making it one of the first teams to complete its line-up.

So what changed for Russell’s future to come into question?

The first shift was the change in ownership at Williams that was announced in early September. Following a few months of uncertainty after announcing plans in May to sell either a majority stake or the entirety of the team, a deal was struck for Dorilton Capital to acquire the whole team and business. The American investment fund confirmed it would be conducting a full review of the team’s processes, but there was little to suggest there would be any changes to the plans for 2021.

That was until Perez’s options for a seat in 2021 narrowed significantly. The Mexican announced in early September that he would be leaving Racing Point to make way for Vettel, and was immediately thought likely to land a seat at either Haas or Alfa Romeo for next year. He fit the bill nicely for both teams, bringing experience, talent and – important to Haas in particular – sponsorship backing. 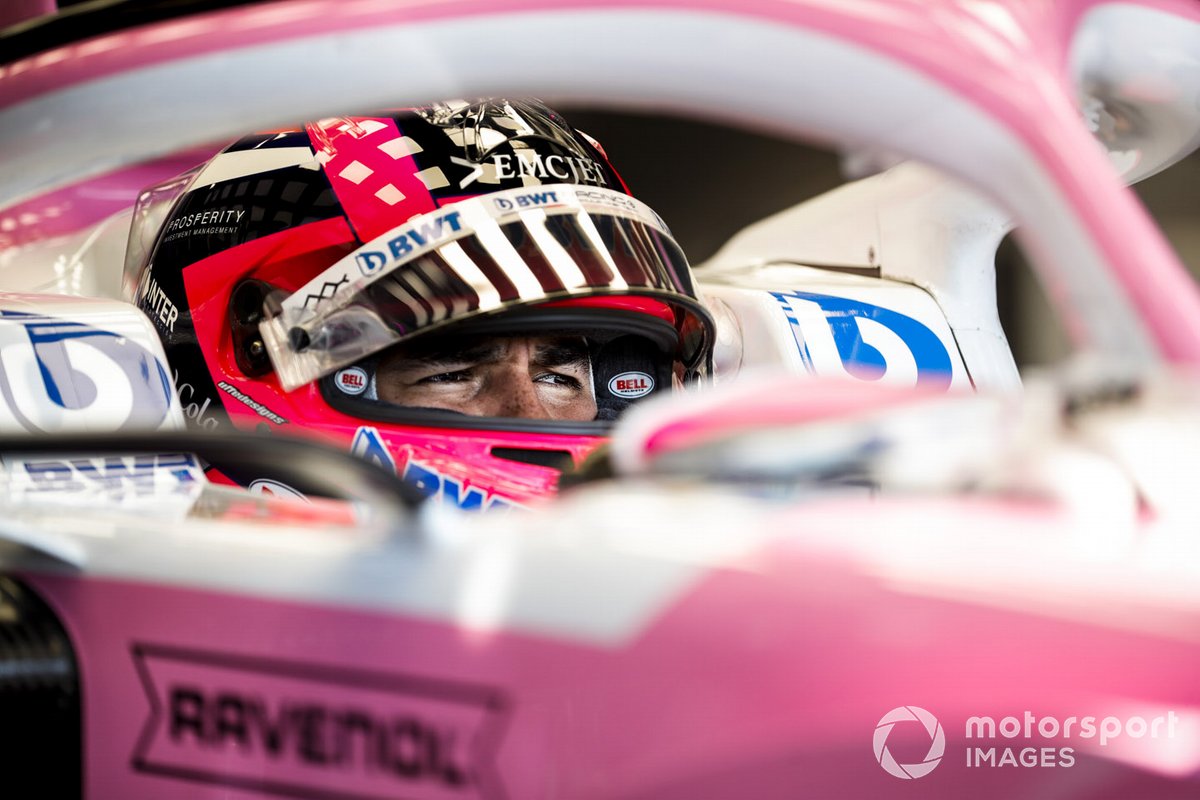 But the market moved quickly and froze Perez out of both teams, despite four seats seemingly being up for grabs. As Alfa Romeo decided to stick with an unchanged line-up for next year, partnering Kimi Raikkonen and Antonio Giovinazzi for a third season in a row, Haas became the only option for Ferrari if it wanted to place a new junior in F1 for next year. F2 points leader Mick Schumacher is widely expected to get the seat.

With Haas looking to boost its finances, a driver bringing backing – lots of it – became a priority. With Nikita Mazepin edging towards the required superlicence points total and looking to make the step up from F2 next year, the Russian became the front-runner for a seat at Haas alongside Schumacher. Haas is yet to make any announcement, but both drivers look poised for the seats.

The moves meant that Perez’s best bets to stay on the F1 grid for 2021 had dried up completely, forcing him to explore alternative options – even avenues that had seemed closed off.

The change in ownership at Williams opened the door for a potential change in policy towards drivers. If Dorilton wanted to try and bring in as much cash as possible, then two drivers offering backing would make sense. Given Russell does not bring any to the team, nor any benefits in the Mercedes engine deal, he would have been the driver to fall by the wayside had it gone down this avenue.

Reports emerged ahead of the Portuguese Grand Prix at Portimao linking Perez to Williams after contact was made between the two parties, leading to a barrage of questions for Russell about his future. Russell kept stressing he had “no concerns” about his future and that nothing had changed, given his contract remained valid and in place for next year.

But the message from acting Williams team principal Simon Roberts was less emphatic. The team tried to shut down the rumours by not commenting, meaning that when asked to directly confirm that Russell and Latifi would be staying for next year, Roberts refused. “I’m not going to say anything about either of our drivers,” he said. “I don’t want to inadvertently fuel it. Someone will take some nuance of what I say, so we’re happy.”

Ironically, it was what he didn’t say that fuelled the speculation. The paddock quickly came to express regret over the possibility of Russell losing his seat, with Mercedes team boss Toto Wolff conceding it was out of his hands to try and influence.

“At the end, it’s Williams’ decision,” Wolff said. “We all know about George’s capabilities. He’s a star of the future, and remains unbeaten by his teammates in Formula 1 [in qualifying]. But then obviously there is a financial reality that I cannot judge at all. It’s absolutely the discretion of the new owners and Simon to decide what they want to do going forward.” 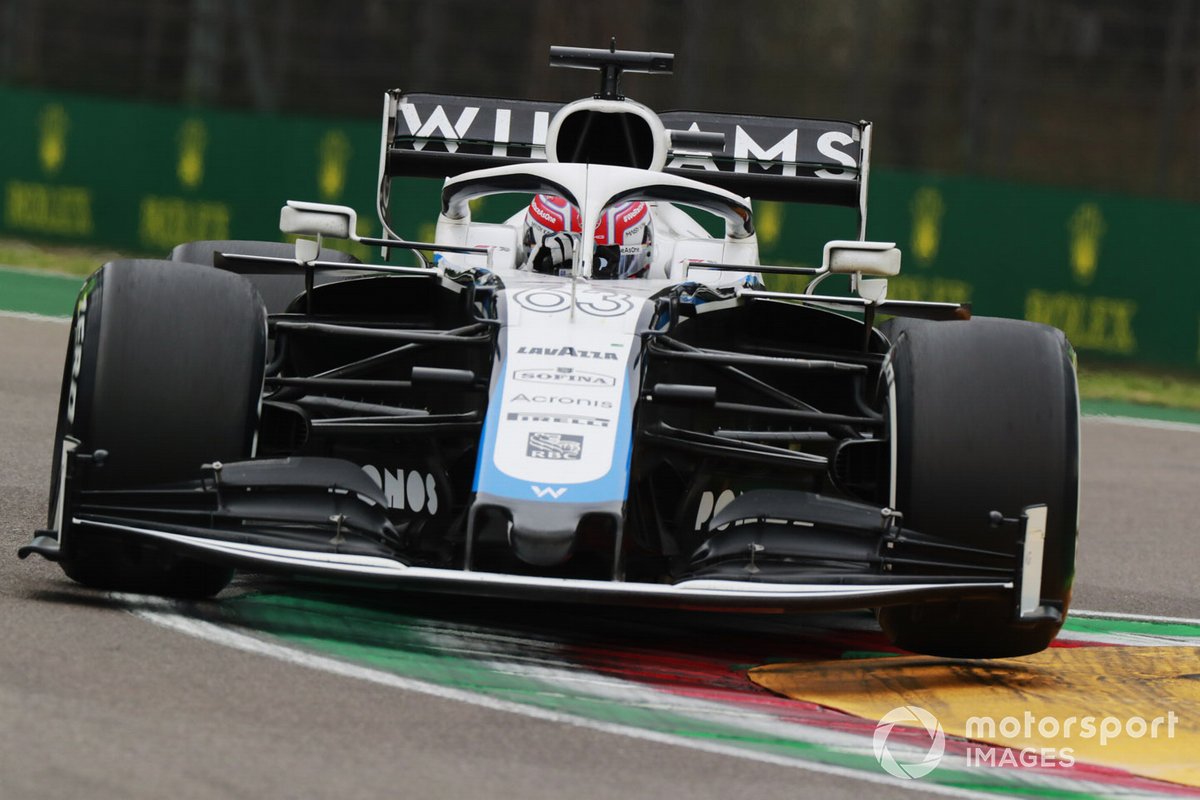 Russell was more punchy following the race in Portugal, saying that speculation about his future had been “fed by the Perez camp” in a bid to unsettle the market. He again asserted that his contract was in place, adding something “substation” would have to happen for things to change for next year, but said he would get clarity from Williams in the week that followed.

And that clarity arrived on Friday at Imola ahead of the Emilia Romagna Grand Prix. Flanked by the drivers in the revised press conference format forced by the shortened weekend, acting Williams F1 chief Roberts put the rumours to rest: Russell would be staying.

“I probably caused a bit of confusion last week, I’m sorry about that,” Roberts said. “This is our driver line-up for this year and next year. We’re very happy with them, and we look forward to working with them in a continued way.”

Despite his confidence, Russell acknowledged it was “never nice” to hear speculation about his future, and again said the stories had been fed via outside sources to try and tilt the market. But it had finally been put to an end by the team, giving Mercedes’ star junior certainty about his future.

The decision speaks to the vision that Dorilton has moving forward for Williams. It is not looking to simply bring in as much cash as possible to fill the coffers, favouring the talent and stability offered by Russell, who has become so integral to the team’s progression in recent weeks.

It also has wider impacts on the rest of the market. With another avenue shut off for Perez, his last realistic chance of getting a drive for next year lies at the other end of the grid with Red Bull. The team is openly considering the future of Alexander Albon, whose recent struggles have made it hard to fully justify him keeping a seat for 2021 alongside Max Verstappen. Red Bull has confirmed it will look outside of its existing driver pool should it decide to drop Albon, pointing to either Perez or former teammate Nico Hulkenberg as the most likely candidates.

Should Albon be dropped, his only chance of staying on the grid would be if Red Bull sent him back to Faenza for a reunion with AlphaTauri. The move has worked wonders for Pierre Gasly, turning his form and confidence around to the extent that he became a grand prix winner. It could be a similar soft landing for Albon should he get the axe from Red Bull.

Such a decision would have ramifications on the plan to promote Yuki Tsunoda from F2 into a seat for 2021, though. Tsunoda recently completed a test at Imola to take another step towards a superlicence, and is thought to be the front-runner for the seat so long as he gets the top-five finish required in F2 this year. Albon may find himself losing out completely if he is pincered by Perez and Tsunoda getting his potential seats.

The market is close to completion, even if announcements are still yet to be made. Either Perez or Albon looks set to be the man left standing when the music stops – a fate that Russell appears to have escaped thanks to Williams’ continued belief and vision for its future with him. 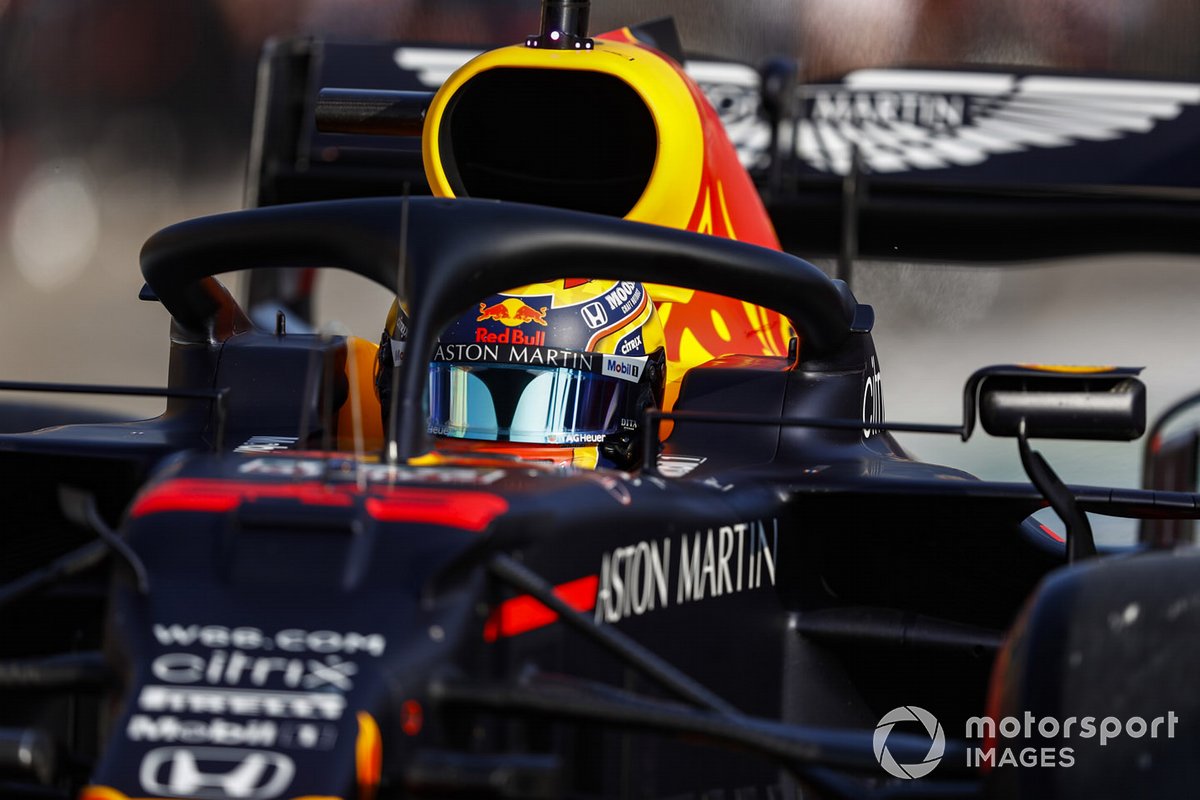