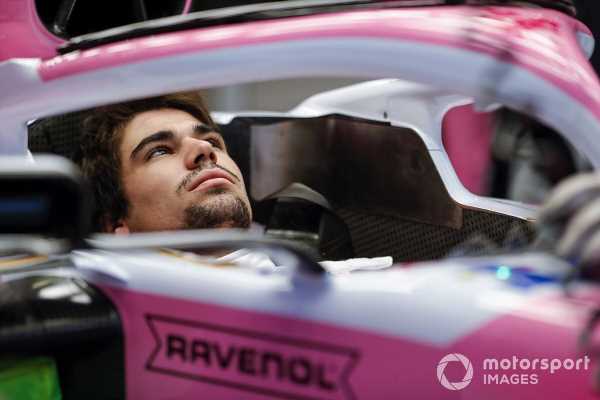 Racing Point Formula 1 boss Otmar Szafnauer says Lance Stroll had to miss FP3 at the Nurburgring – and subsequently the rest of the Eifel GP weekend – because he “couldn’t get off the toilet”.

Stroll felt so unwell this morning that he eventually told the team that he wouldn’t be able to drive at all today.

Szafnauer says that Stroll had not been feeling good in the days after the Russian GP, and was then hit by a stomach upset in Germany on Thursday evening. Stroll’s car stayed in the garage during FP3, but reserve driver Nico Hulkenberg arrived in time to drive it in qualifying, and he will start from 20th (and last) place on the grid.

Szafnauer said that, despite not feeling well, Stroll has tested negative for COVID-19.

“He hasn’t been feeling great since Russia,” Szafnauer explained. “I think he had a bit of a cold. At first we thought, ‘Well you had better get tested for the virus.’ We’ve tested him multiple times, including the pre-event test for this race. And he’s come back negative three or four times. He doesn’t have the classic COVID-19 symptoms, he just doesn’t feel well in himself.

“And last night he had a bit of an upset stomach. So he was on the toilet the whole time. And he said, ‘I’ve got rid of a lot of fluid, and I can’t get off the toilet for long enough to get in the race car.’ I don’t know if it’s something he ate, or if it’s a tummy bug. He just said, ‘I’m just not feeling up to it. We’re going to have a double header coming up soon. And I’d rather rest and get ready for that.’

“We were hoping that he was going to get better. He had kind of flu-like symptoms. Just not well in himself, and couldn’t exercise, and so now that, with whatever he ate or a tummy bug together, he said, ‘I can’t do it.’ We’ve got a doctor looking after him and when he’s fit to leave, he’ll go home.”

Szafnauer said the final decision on Stroll not driving was taken just before practice, which is why Hulkenberg was not on site.

Szafnauer added: “Thirty minutes before FP3, he was still thinking, ‘I want to do this.’ But then he thought, ‘Well, if I don’t get better, then I’ve got to qualify, and then I’ve got to race.’ And it’s the race that he wasn’t really looking forward to, in the state that he was in.

“He was hoping that he could get off the toilet and come in. But it was 30 minutes before FP3. Otherwise, yesterday, we would have called Hulkenberg a day earlier, and he would have done FP3.”

Fortunately for the team Hulkenberg was in Cologne, and planning to travel to the circuit for TV duty in time for qualifying.

“He was on his way here anyway, I think to do some work for RTL, because I stay in contact with him,” said Szafnauer. “So I knew that he wasn’t far off. I called him and I said, ‘How far away are you?’”

Szafnauer admits that jumping in for qualifying was a big challenge for the driver: “It was a huge ask, and we’re just thankful that he got within 107% rule, that’s what we wanted to do, so he could race tomorrow. He’s got a decent race car underneath him. He’s done a few laps now. And if he gets a good start, he’s got a chance at points.

“We made some changes to the car since he drove it last. He was surprised by the changes that we made. He said the car felt different because of it. He’s got to get used to it. Overall, he was happy the balance wasn’t that far off. He did say some of the changes we made surprised him. If you are not used to driving the updates that we brought to the car, you are definitely going to go slower.”

Szafnauer said that had Hulkenberg not been available Stoffel Vandoorne, the team’s other designated reserve driver, would have got a chance.

“He was in the paddock,” he said. “He had a negative COVID test, and he was ready to go. Just with Nico, we had his seat here, we know exactly where the pedals go.

“We don’t have to adjust the pedals and some of the other things that we would have had to go through with Stoffel. So it was easier.”