The Brazilian was invited to the Japanese Grand Prix to take part in an historic demonstration, putting in some laps with a 2006 F248 and a 2010 F10 which were both powered by V8s.

It was the first time that Massa had driven an F1 car since he retired from the sport at the end of last season, and he says that while he preferred the lighter cars to current machinery, the older engines were not as impressive.

“It is a big difference in the car,” he told Motorsport.com. “I would say I enjoy much more the old car because it is quite light, with the change of direction, the reaction.

“But the engine, while it is much more fun because there is more noise, there is much less power. So the engine that we have now is a lot more aggressive and more powerful than this old car.”

F1’s current turbo engines are among the most powerful in F1 history, and are believed to be close to the 1000bhp that engines in the 1980’s were able to unleash for single qualifying laps.

From 2021, when fuel flow restrictions are set to be lifted, F1 will almost certainly break the 1000bhp barrier.

Although citing the engine being not as impressive as the current version, Massa was revelling in the experience of trying out his old Ferrari cars once again.

“It was really fun,” he said. “It was really nice. Good to go back and really remember. Also the good thing is that I still fit – so I didn’t have any problems on that front! So you can still enjoy pushing the car. I didn’t want to stop.

“I had a lot of fun driving these cars, feeling the car, the engine, also a lot of downforce you can feel as well. It was really fun.” 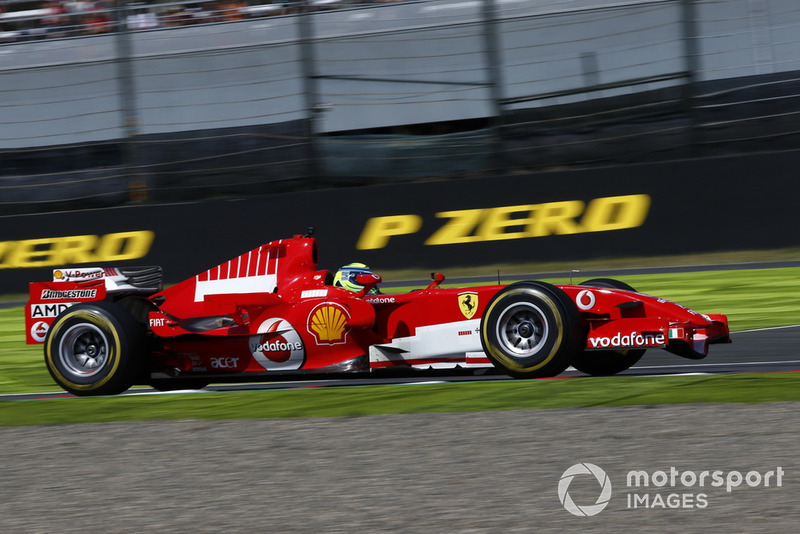