Mercedes Formula 1 boss Toto Wolff has declared Ferrari the favourite to win the 2018 Brazilian Grand Prix after the Italian team staked everything on a risky strategy in qualifying.

Ferrari changed both Sebastian Vettel and Kimi Raikkonen onto Pirelli’s soft compound after just one sighting lap on supersofts at the beginning of Q2, at a point when rain was believed to be imminent.

That timing was of the essence was emphasised by Vettel’s momentary indiscretion when the FIA called him in to the weighbridge at pit entry.

Vettel and Raikkonen lapped quickly enough to move through to Q3 and will therefore start the race on the theoretically more durable soft rubber, while both the Mercedes and Red Bull drivers must start on supersofts, having set their fastest Q2 times on that compound.

Lewis Hamilton will start the race from pole after going quickest in Q3 but, like Valtteri Bottas, Daniel Ricciardo and Max Verstappen, he was unable to better his Q2 lap on supersofts after switching to the softs. Vettel and Raikkonen will start second and fourth.

“Ferrari took a big gamble in qualifying, switching tyres when the rain was imminent,” said Wolff.

“And it paid off. They are on the more robust tyre for tomorrow.

“They have a disadvantage at the start but a big advantage over the first 10-15 laps, which in our models shows them as the favourite.

“We didn’t take that risk because we thought it was disproportionate, but we can understand that Ferrari, where they are now, the only way of really staying in the fight for the constructors’ championship is to do things differently and take risks, and that’s what they did, and it paid off.”

The Mercedes W09’s tendency to overheat its rear tyres on race day has been particularly pronounced at the past two grands prix in Austin and Mexico City, and in both cases the Silver Arrows were roundly defeated.

Pirelli believes that the fastest Brazilian GP race strategy, if conditions remain as expected, involves a single stop after 32-36 laps on softs, followed by a run to to the flag on mediums. Supersoft runners may have to stop up to seven laps earlier.

Race day is forecast to be warmer than at any other point during the race weekend, introducing another element of uncertainty into tyre management.

“And we’ve been happy so far with what we’ve seen, but nevertheless the tyre overheating is going to be the biggest struggle, keeping those tyres alive, not making them blister.

“With the mentioned disadvantage of the supersoft versus the soft, we are on the back foot a little bit.” 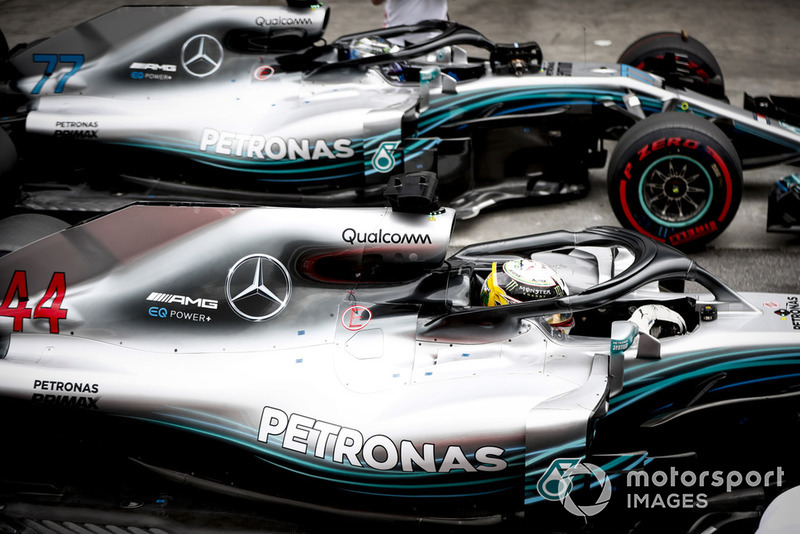