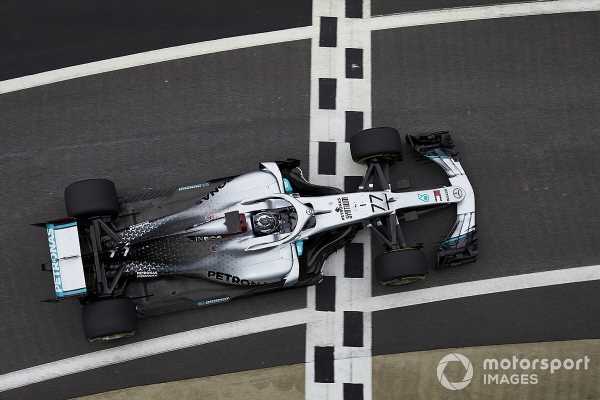 Mercedes technical director James Allison says that his team’s hopes of carrying over its strong form into Formula 1’s new era of rules in 2022 will be directly impacted by how successful it is this year.

While teams have still to properly make a start on the all-new cars that are coming, Allison thinks that that a “laggy” consequence of F1’s new aero handicap system means that its impact will be felt in the long term.

From next year, the amount of time teams will be able to run in the wind tunnel will be based on their finishing position in the constructors’ championship – with the last placed team getting more running than the winners based on a sliding scale.

For Allison, the impact of that regulation will be exaggerated by the fact that teams are at such an early stage of development with the 2022 cars.

Speaking to the official F1 Nation podcast, Allison said: “Actually consider what that means: in 2021, we’re all going to be running cars that are largely frozen, carried over cars from 2020.

“Our significant axis of work in 2021 is going to be on preparing this new generation car for 2022, and so the large majority of the aerodynamics that you can afford to invest in 2021 are going to be on the following season, 2022.

“So this entirely new, ‘blank sheet of paper’ car, which has got nothing to do whatsoever with the current generation of cars – your fortune in that championship is to some extent influenced by just how strong you were in 2020, two seasons previously. That’s a really laggy feedback system.

“I guess that’s the nature of the challenge, but it’s maybe not as obvious on first reading of those regulations just how long the shadow is that they cast.”

F1 teams unanimously backed the idea of the aero development handicap system as a way of closing up the grid.

And while some have likened it to a gimmick like ballast, Allison does not think that it is artificial, nor that it will stop the best brains from standing out.

“I’m not sure that it’s anti-innovation because whatever level of aerodynamic test restriction you’re granted… however many runs you’ve got, however much CFD [Computational Fluid Dynamics testing] you’re permitted to bring to bear, the incentive to be innovative is going to be ever-present,” he explained. “So it’s not anti-innovation.