The Red Bull junior team has a new front wing and revised floor, plus other small bodywork changes, after a long development process to rectify issues that arose when it tried to introduce its last upgrade in June.

It had targeted this weekend’s US GP to introduce the latest package but only has one available, with Gasly due to run it in practice.

Teammate Brendon Hartley will not have the upgrades but said there had not been a call on whether they would be used by Gasly during the rest of the weekend.

“I think it’s yet to be decided, to be honest,” he said. Obviously they have to make sure it works, but it’s a big one, there’s a lot of new parts on the car.

“[We are] just trying to rectify all the issues we’ve had all year – if it works, it’s exciting for the rest of the season.”

Gasly confirmed that the team does not have any extra components, which means if it wants to persevere with the upgrade one driver will have to miss out.

Toro Rosso benefitted from an upgraded Honda engine in Japan two weeks ago and Gasly said it was important to add a chassis update to that heading into the final four races.

“We haven’t had new parts on the car for a long time and the team have been working hard in the last few months,” he said.

“Especially since the upgrade in Austria that didn’t work. They have changed the whole process and way of working.”

Toro Rosso is fighting Sauber for eighth in the constructors’ championship and holds a three-point lead in that battle at the moment.

Gasly said: “Now we are in a pretty good situation with the engine upgrades, the chassis upgrades.

“We saw the performance we managed to do when we extracted the full potential out of the car in Suzuka we know we can be in the fight there. 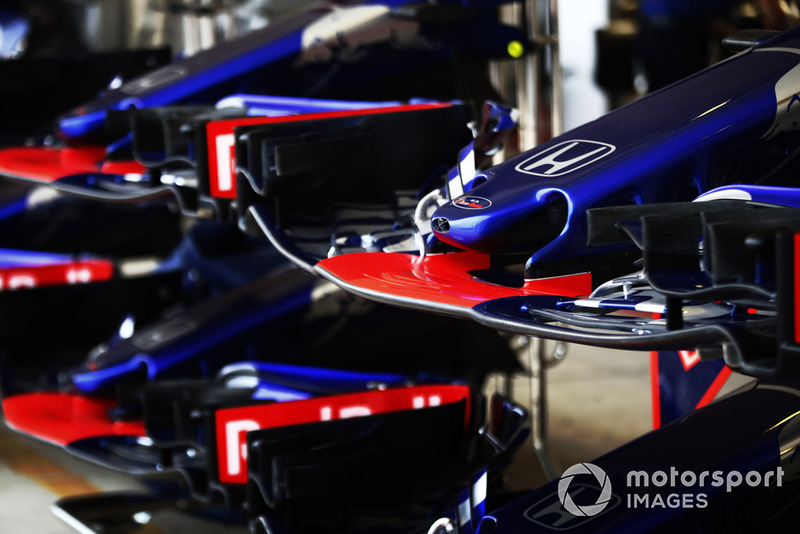