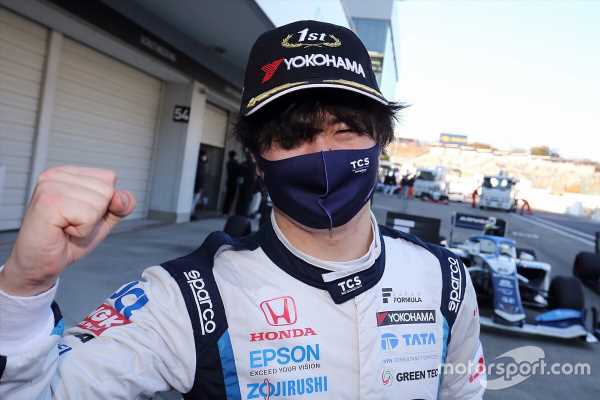 Honda protege Toshiki Oyu became the sixth different Super Formula race winner of the season on Sunday, but up to that point the rookie’s season had been anything but plain sailing.

“Unbelievable” is how an unimpressed Tadasuke Makino described it when he was taken out at Turn 1 in the second race of the season at Okayama by his Nakajima Racing teammate Oyu, an incident that cost the team a strong chance of a podium finish.

Team boss Satoru Nakajima was also said to be angry after that incident, and no doubt he would have felt the same after Saturday’s first race when Oyu repeated the trick, tagging Makino’s right-rear at Turn 2 and setting Makino up to crash at the Dunlop Curve.

And so, few would have expected that the very next day Oyu would qualify on the front row and, after Nick Cassidy’s unfortunate engine blow-up, go on to score Nakajima Racing’s first win of the year with a textbook defensive drive.

In fact, it was Oyu’s first incident-free race of what could charitably be described as a very turbulent first season for the bushy-haired 22-year-old. 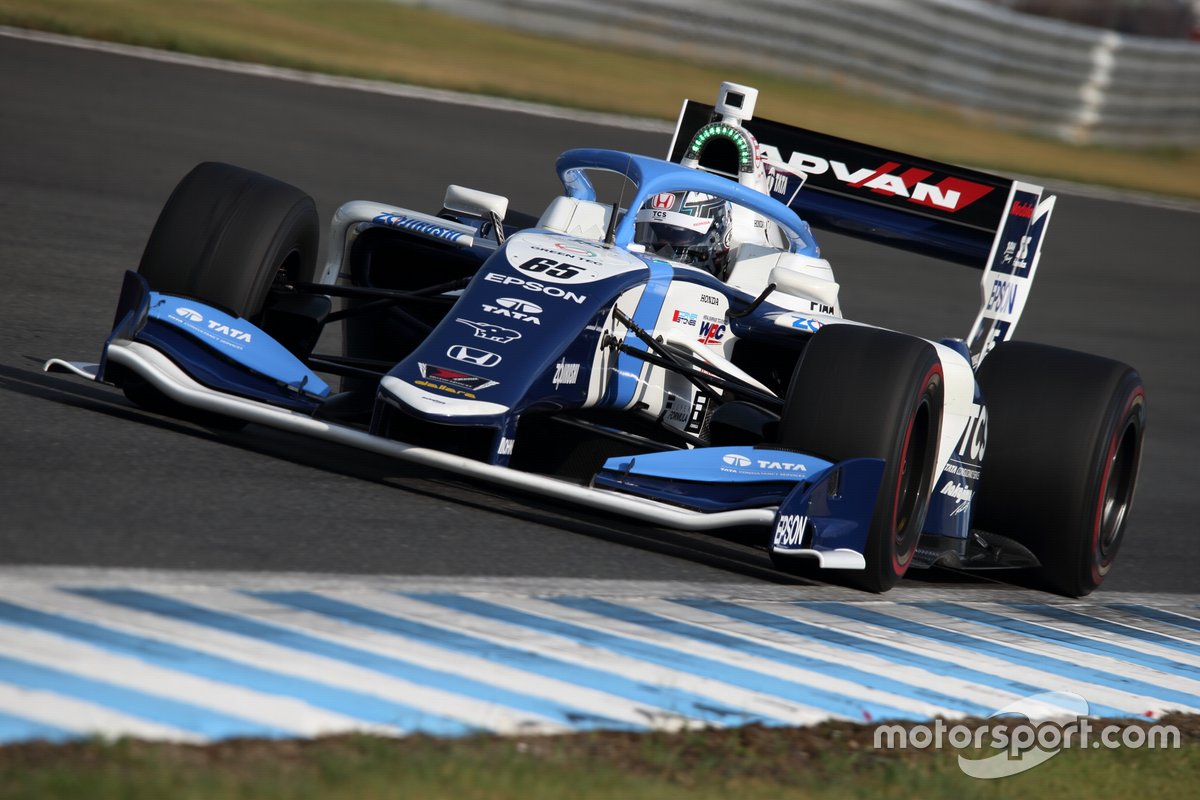 At the start of the year, it was something of a surprise to see Oyu’s name on Honda’s roster of Super Formula drivers, as the older and more experienced Hiroki Otsu appeared to be the favoured choice to replace IndyCar-bound Alex Palou at the Nakajima squad.

But Oyu earned an early promotion from All-Japan Formula 3 to Super Formula off the back of a strong showing in the end-of-year rookie test at Suzuka last year, and he continued that strong form in pre-season testing at Fuji, where he ended up quickest of the newcomers.

Raw one-lap speed has never been Oyu’s problem. In fact, of the six races this year, he’s made it to Q3 on five occasions, only failing to do so when he crashed out of Q1 at Sugo, And, discounting Sugo, he’s outqualified Makino three times out of five, which is no small feat. The trouble is that, prior to Sunday, he’s been a magnet for incidents and mishaps.

The trend began in the opening round of the campaign in August at Motegi, where he squandered a strong grid position of fourth with first-lap contact that damaged his front wing and forced him into the pits. And then came the disaster that was Turn 1 at Okayama, where Sacha Fenestraz’s Kondo Racing car was collateral damage.

From the back of the grid at Sugo Oyu could only manage 12th, and at Autopolis he earned a drive-through penalty for illegally retaking his grid spot after stalling, although to his credit he rebounded from that setback to grab his first point of the year in 10th. 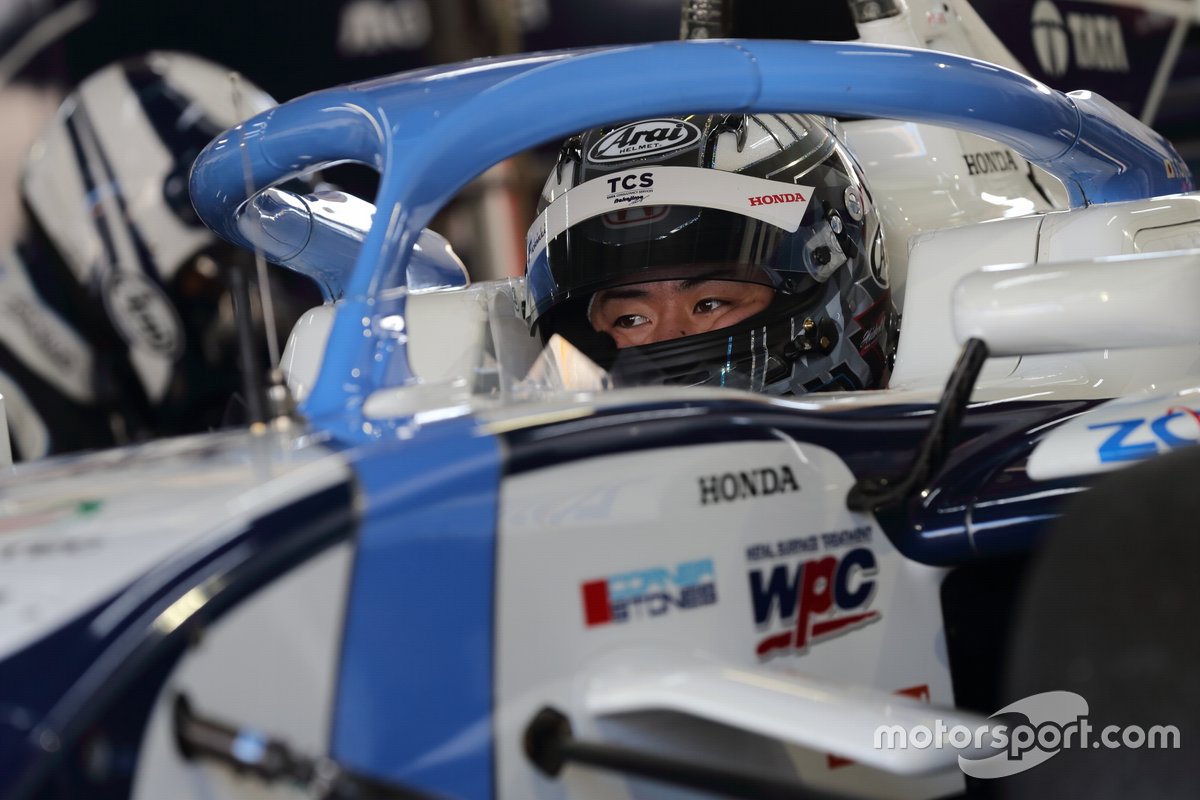 Oyu was in trouble with the stewards again on Saturday at Suzuka, as he earned a 50,000 yen (approx. 500 USD) fine for doing an extra lap in warm-up after the chequered flag. But after his early contact with Makino, which he escaped undamaged, Oyu went on to quadruple his points haul for the season so far with a smooth, if not stunning, run to eighth.

What was key to Oyu’s victory on Sunday is that he was able to improve on his Saturday qualifying time by a full four tenths to give himself a spot on the front row, while several drivers, notably Dandelion pair Naoki Yamamoto and Nirei Fukuzumi, went slower.

Even before Cassidy’s Toyota engine cried enough on lap nine of 30, Oyu looked relatively comfortable in second place, and a first podium finish would have gone a long way to making up for some of the disastrous results earlier in the season.

In the event, Oyu was thrust into the lead when Cassidy was forced to retire, and for the rest of the race he had to ensure that Fukuzumi couldn’t find a way by, a task made even harder than usual by the doubled Overtake System allocation of 200 seconds. Less than half a second split the pair at the finish, but Fukuzumi never really had the chance to pass.

Oyu was overcome with emotion after taking the chequered flag, as he finally repaid the faith shown in him by his bosses at Honda and Nakajima Racing.

Speaking during the parc ferme interview, Oyu was asked about Nakajima’s reaction to his victory. He said: “[Nakajima] had told me that if I just race normally, I can get results like this. He was expecting this, but I couldn’t match those expectations for a long time, so I’m glad to be able to win and repay him.” 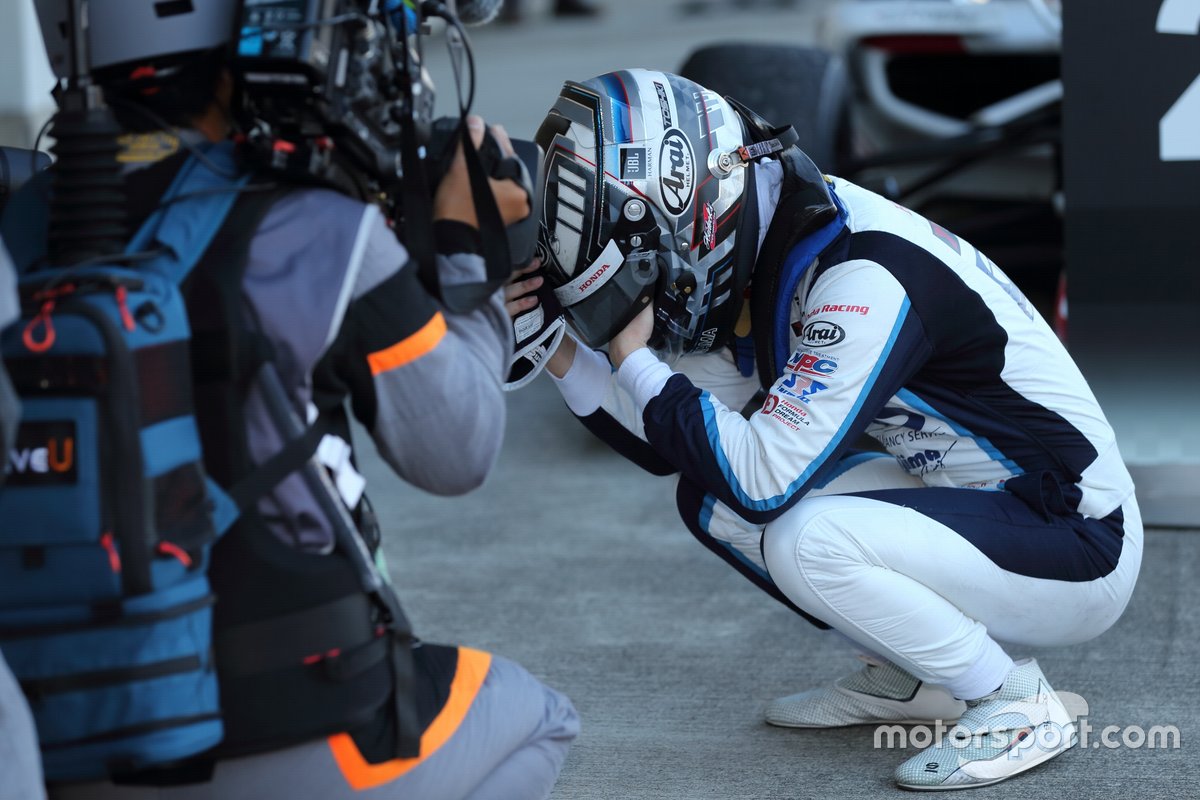 In the post-race press conference, Oyu admitted that he couldn’t sleep following the Saturday race because his mind was so full of the things that had gone wrong this year.

“Instead of trying to overcome [being unable to sleep], I reviewed various things that had happened up this point, and I thought about what I needed to be careful in Round 6 [Sunday’s race] and what I needed to do to race properly,” he said.

Elaborating on his feelings in conversation with Motorsport.com, Oyu added: “From the first race so many things went wrong, and even though I went into each race thinking about these, always something happened. It was really painful.

“I thought to myself, ‘Why is it going so badly?’, and I thought something unusual was happening. I tried to stay calm, but I was mentally exhausted and I didn’t know what to do. But, somehow I went to this race thinking I had no choice but to get a result.

“When I was told on the radio [after crossing the finish line] ‘Congratulations, you’ve won,’ and I finally realised I was the winner, during the cool-down lap gradually I was overcome by various thoughts and feelings. Finally I’d won, and I was able to have a normal race.”

In one sense, it’s unfortunate that Oyu has only found such form when there is just one race to go in the season. But on the other hand, the boost of scoring a first win is sure to transform his confidence and allow him to unlock his innate speed more regularly, and in the process allow him to start further up the grid and out of harm’s way.

Considering how rapid Oyu was in the cool spring conditions of Fuji way back in March, it wouldn’t be a great surprise to see the talented youngster firmly in the thick of the action again when the final round of the Super Formula season takes place next weekend.