A five-way title battle in one of motorsport’s fastest categories is set to be decided this weekend at Suzuka. Jamie Klein is your guide to the final round of the 2018 Super Formula season.

This weekend’s Suzuka race marks the farewell weekend for the current Super Formula chassis, the SF14, and it will also determine who comes out on top in one of the most open championship battles anywhere in the world.

While this year’s field lacks a potential future F1 star in the mould of Stoffel Vandoorne or Pierre Gasly, the championship is being led by another young charger who has established himself on the European single-seater scene: Nick Cassidy.

The 24-year-old Kiwi, who drives for one of the championship’s less-fancied outfits in the form of Kondo Racing (run by seven-time Le Mans 24 Hours starter Masahiko Kondo), goes into Sunday’s decider with a slender four-point advantage in the standings, with two former series champions as his nearest rivals.

Veteran racer Hiroaki Ishiura of Inging Racing is chasing his third Super Formula title in four years this weekend, while Mugen driver Naoki Yamamoto – perhaps best known this year for being Jenson Button’s teammate in Super GT – is targeting a second crown to go with the won he took five years ago.

Ishiura had a fairly lacklustre start to the season by his standards, but rose into championship contention with a convincing victory at Motegi towards the latter part of the year.

Yamamoto, by contrast, won the opening two rounds of the season in dominant fashion, but his performance has tailed off since then.

Two impressive races in Super GT, including a victory at Sugo, however, could bring his Super Formula title challenge back on track.

The Suzuka round was initially set to be a double-header, but sharing the bill with WTCR has meant it has been reduced to a single 43-lap contest, with up to 14 points up for grabs, including three bonus points for the race winner.

It means a win for any of Cassidy, Ishiura or Yamamoto would be good enough to secure the title, no matter what any of the others do, and also brings in two rank outsiders into play.

Those are Yuhi Sekiguchi, who has the momentum of his victory last time out in Okayama on his side, and his Impul Racing teammate Ryo Hirakawa. Both have to win to have any chance of glory, while hoping the top three all have races to forget.

Sekiguchi got his weekend off to the best possible start on Friday by topping practice, just 0.022s clear of Kazuki Nakajima, with Hirakawa third. But rain is forecast for Saturday morning, which could turn qualifying into something of a lottery. 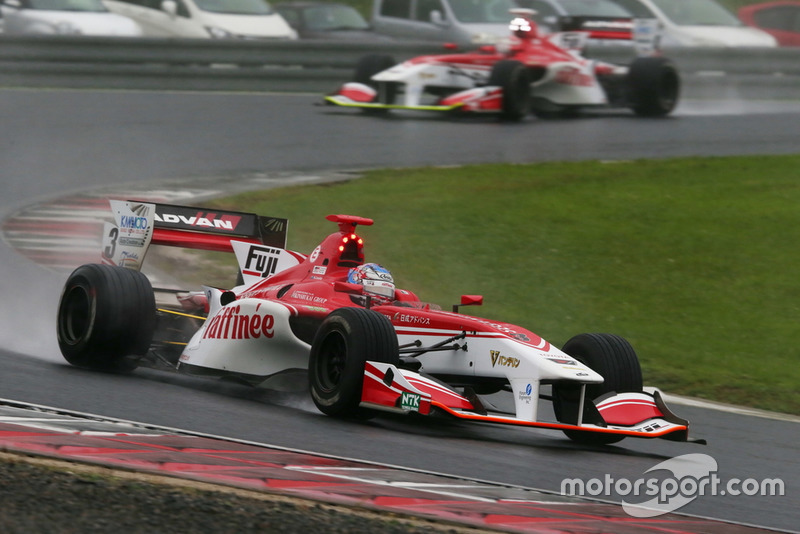 Despite sitting pretty atop the standings, Cassidy admitted to Motorsport.com that he isn’t feeling especially confident of qualifying high up the order after what he described as a “so-so” showing practice.

“I still think I’m not fast enough,” he said after practice. “In general our grip level is very low. I was eighth, but not everyone did a [time] attack, so maybe it was normal [level], like P13.

“I wasn’t really expected to be amazing in qualifying this weekend. I would like to be in Q2, that would be nice.

“In this category you need a good car at Suzuka, because there are 25 points you can win there [across two races during the year], it’s a lot of points for one track.

“It puts a lot of emphasis on this track, and this is probably our worst track from a team point of view.”

But Cassidy insists that what his Kondo team lacks in raw pace around Suzuka, it can make up with a strong strategy and consistency over the course of a race distance.

“Even if qualifying doesn’t go perfectly, we won’t give up, we’ll have a strong car in the race. Obviously it’s must-win in the sense if one of the other two guys [Ishiura or Yamamoto] win, they’ll win the championship.”

Further down the field, there are several other drivers who will be familiar to a Western audience who will be looking to end the 2018 campaign on a high.

Toyota WEC stars Nakajima (TOM’S) and Kamui Kobayashi (KCMG) have both just a single podium finish to show for the efforts this year, so both will no doubt be aiming to spoil the title contenders’ party and go for the win – and Kobayashi in particular will be wanting to make up for his near miss at Okayama.

It’s been a year to forget for former Sauber F1 tester Nobuharu Matsushita (Dandelion), who has finished in the points only once in his rookie season so far, with fourth place at Motegi.

Needless to say that Matsushita, along with fellow one-time scorers Tom Dillmann (again subbing for Pietro Fittipaldi at Team LeMans) and Narain Kartikeyan (Nakajima Racing), will be aiming to add to his tally this weekend.

James Rossiter (TOM’S) hasn’t even managed that, and neither has Red Bull-backed Nirei Fukuzumi (Mugen), whose job this year has been made tougher by switching back and forth between Super Formula and F2.

Fukuzumi started the season strongly by qualifying on the front-row for the season opener, only for a technical failure to rob him of a podium finish.

Rossiter, too, showed flashes of pace on his return to Super Formula this season, charging from 17th to ninth at Motegi.

Both Fukuzumi and Rossiter will want to avoid concluding 2018 with nil point at any cost.