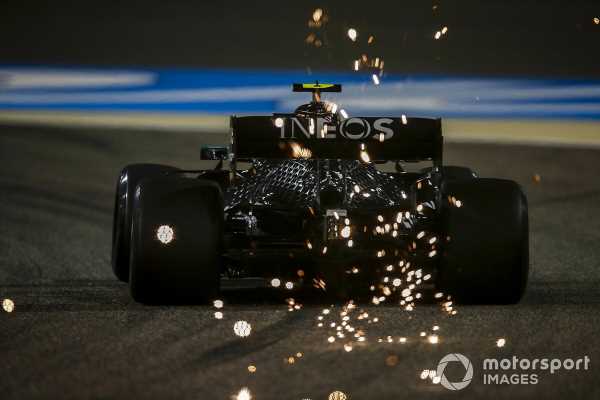 Mercedes topped the times in opening practice in Bahrain after making a decision that leaves it with some catching up to do on race pace and car set-up this weekend, but that is likely to give it an extra advantage in preparation for next year…

Unusually for the opening practice day of a grand prix, the two 90-minute sessions in Bahrain on Friday were lively from the off and the teams kept piling on the laps.

This was down to the mandatory running the teams were required to complete on the 2021 prototype tyres Pirelli has produced and brought along to the final races of the current campaign. Every driver got two sets of the prototypes and had to complete a minimum of six laps on each set – with six laps mandated for FP2 (the teams could do what they liked in FP1 so long as the requirements for the day were fulfilled).