Russian company Uralkali says it is suing the administrators responsible for finding a new owner for the Force India Formula 1 team.

Uralkali, which is linked to GP3 race winner Nikita Mazepin’s father Dmitry, attempted to buy the team after Force India fell into administration in the summer.

However, it lost out to a consortium led by Lawrence Stroll, father of Williams F1 driver Lance, and raised concerns about the administration process.

In a statement given to Motorsport.com, Uralkali cites “inadequate responses” from the administrators, Geoff Rowley and Jason Baker of FRP Advisory LLP, over why its bid was unsuccessful.

It claims that the administrator has confirmed that the winning bid was “significantly inferior” to its own and Uralkali believes “the highest bid should have been determined as the winner”.

Uralkali states that the administration process contained “misrepresentations and lack of transparency” and “failed to achieve the maximisation of sale proceeds for the benefit of creditors, shareholders and other stakeholders”.

It says it made what it calls “an extremely generous offer to acquire the company`s business, assets and goodwill”, tabling a cash consideration of between £101.5million and £122million.

This would have satisfied creditors, which included engine supplier Mercedes, in full and paid the administrators’ costs, as well as backing a five-year development programme, according to Uralkali.

It also claims more than £40 million would have been left after those payments to distribute to the sole shareholder of Force India, Orange India Holdings Sarl.

This would have been held subject to the terms of the freezing order issued by UK’s High Court in favour of 13 Indian banks.

The administrators entered an exclusivity agreement with the consortium led by Stroll, which eventually bought the assets and re-entered the team as Racing Point Force India.

Uralkali, a global producer of potash fertilizer, says its business rationale for trying to buy Force India was to market the company, as it services 20 of the 21 host countries in F1.

Paul James Ostling, senior independent director and a member of Uralkali’s board for seven years, led its bid for Force India.

He said: “Because of these concerns and the costs of our bid, as well as potential large business revenue losses, Uralkali has no option but to launch these proceedings and seek substantial damages.”

However, a statement from the joint administrators, given to Motorsport.com, noted Uralkali’s release but said it was not aware the claim had been made and defended its own actions.

“No such claim has been received by us or, as far as we are aware, by the Court,” the statement read.

“If a claim is issued it will be defended vigorously.

“We have fulfilled our statutory duties as administrators throughout this process and ultimately achieved a very successful outcome for all stakeholders.

“Any legal action brought against us will be defended vigorously, and we are confident it would be dismissed.” 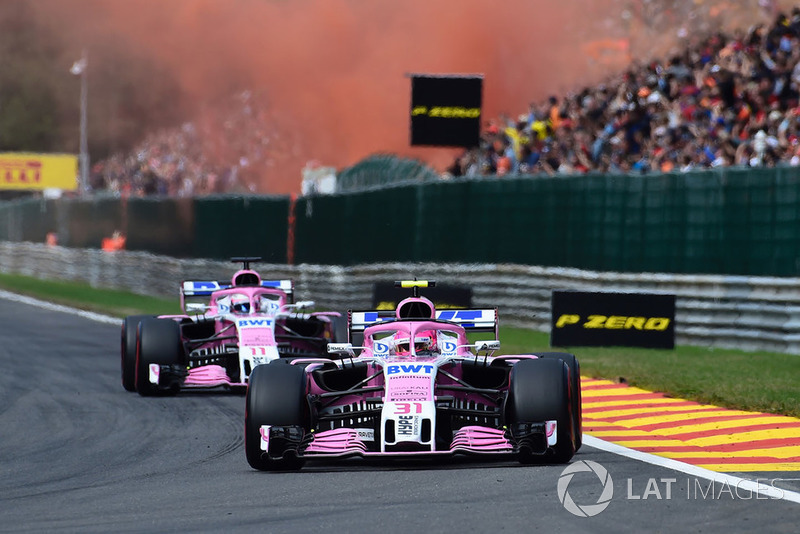