Max Verstappen says Red Bull was left “amazed” by the freak suspension breakage that put him out of the qualifying for the United States Grand Prix.

The Dutchman damaged the lower right rear wishbone on the kerbs at Turn 15 during Q1 in Austin.

Although he managed to get his car back to the pits, the breakage and the fact the driveshaft had been pulled out meant he was unable to return to the circuit and he will start 15th.

Although some drivers were advised to steer clear of the kerbs in qualifying, Verstappen said there had been no concern from his side of the garage about running over them.

“Everybody was taking them,” said Verstappen. “We also drove like that the last two years and again today was all fine, so it is really unexpected.

“Everything was well within the limits of everything, so there was nothing crazy. As you can see, everyone else was doing it as well.

“So that is why we are a little bit amazed how it happened.”

Verstappen says the kerbs will not be a problem for him on Sunday, however, because the racing lines are different.

“In the race it should not be a problem as you don’t use that much of the track anyway for tyres and whatever. So it should be alright.”

Red Bull was unclear if Verstappen’s gearbox had been damaged in the incident, and would have little choice to replace it and move further down the order if there was a problem.

“If that is the case, then we take a penalty and we start a little bit further back but it is not going to change the world,” he added

Even without the suspension problem, Verstappen was sceptical about being able to mount a proper challenge to Mercedes and Ferrari.

“I think they were too quick,” he said. “We never thought we had a chance in qualifying. I think we have a good race car. I felt good in qualifying with the laps I did.

“Hopefully we can clear the midfield quite quickly and we can still be in the race like last year and have a good fight with them.” 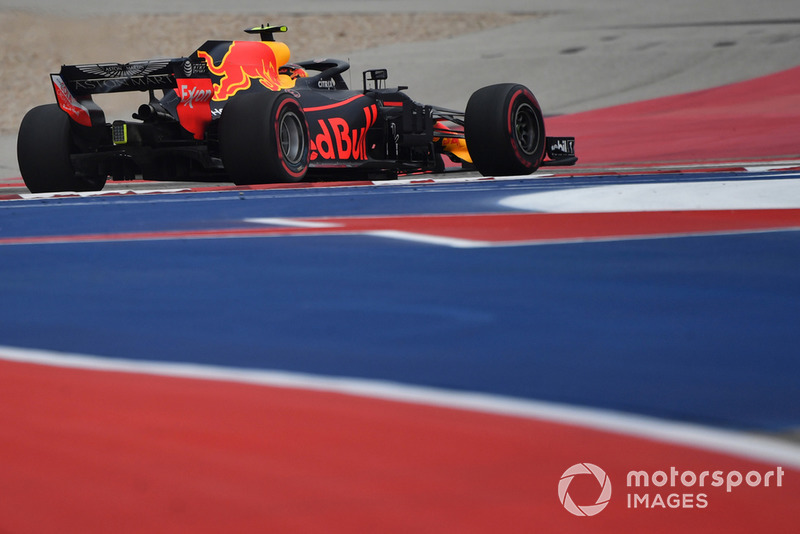