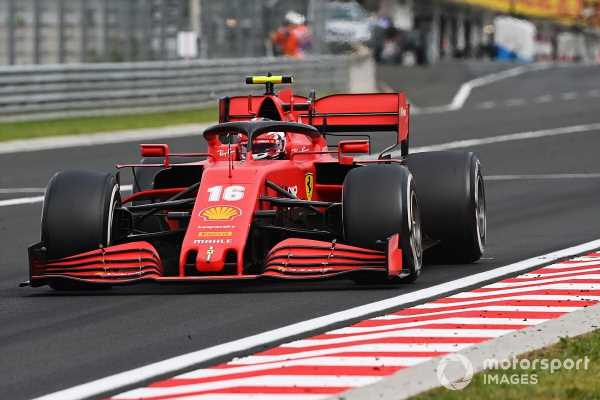 Ferrari placed much hope on its aerodynamic upgrades improving its form in Hungary, but while both cars made Q3 for the first time in 2020, judgement on their efficiency will be reserved as its greater struggles in the power department remain.

The most salient facts about Ferrari’s season so far make for sobering reading – at least, if you’re a Maranello employee. After three races, Ferrari currently sits fifth in the constructors’ standings, with 27 points to its name and a quarter of Mercedes’ current haul.

Despite Charles Leclerc scoring a surprise second place in the season-opening Austrian Grand Prix, Ferrari decided to fast-track its planned Hungarian GP update package in time for the Styrian Grand Prix – but thanks to Leclerc’s over-eagerness into Turn 3 on the opening lap, neither he nor Sebastian Vettel could gather a race’s worth of data on them.