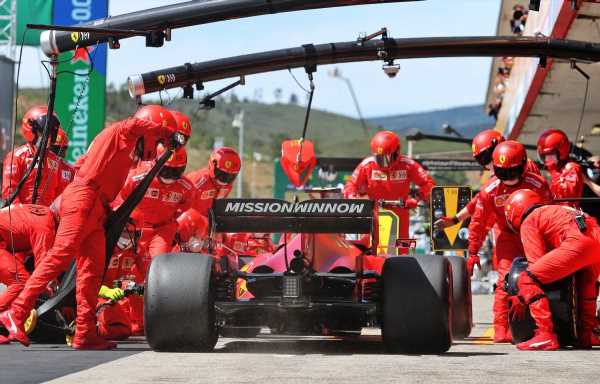 Ferrari have admitted they applied the wrong strategy for Carlos Sainz at the Portuguese Grand Prix, costing him any points.

The Spaniard finished 11th at Portimao, his problems dating back to Q2 in which he needed a late run on soft tyres to make it through to the top-10 shootout.

That compromised his race and although Sainz made a promising start from fifth on the grid against rivals on the medium compound, after the Safety Car restart he began to fall back.

The goal for Ferrari was for at least one of their drivers to try and beat McLaren’s Lando Norris for the first time this season, and they tried two different tyre strategies in that aim.

Charles Leclerc, who had started eighth, went from medium to hard tyres, whereas Sainz swapped his softs for mediums in trying to execute the undercut on Norris – which proved to be an unsuccessful tactic.

After stopping on lap 20, the 26-year-old, in his third race for the Scuderia, found his tyres graining in the closing stages even though degradation was comparatively low in Portimao. 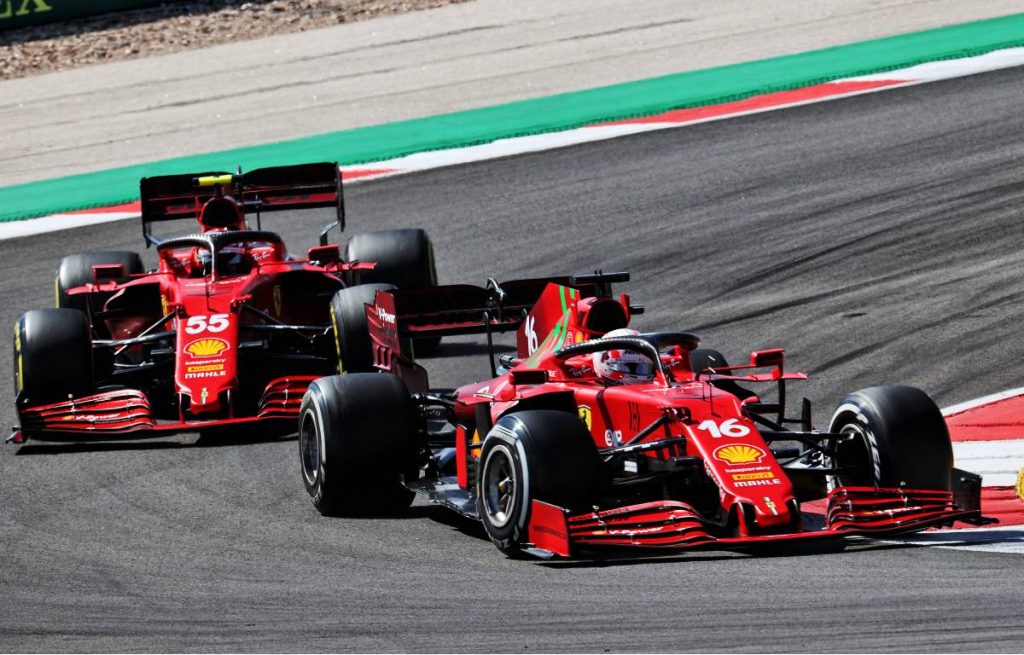 Inaki Rueda, Ferrari’s chief strategy officer, explained in their post-race debrief: “The two drivers started with different tyres, Carlos had the soft and Charles the medium. After the Safety Car, we found the two behind Norris and with the strategy, we wanted to complicate the race as much as possible for the McLaren driver.

“The best thing to do was launch an attack with both cars at a time when it was clear their tyres would get to the end.

“We stopped Carlos on lap 20 and forced Norris to stop on the next lap. In the meantime, Charles was in clean air and we stopped him five laps later to put on the hard tyres. The plan was to take advantage of those younger tyres at the end of the race.

“We thought the medium tyre was the most appropriate for the race. However, some drivers, and especially one of ours, Carlos, suffered a lot from graining.

“When we made the stop on lap 20, we thought he would finish well at the end with that tyre but in the end he lost a lot of performance due to graining.”

It was the first time Sainz had finished outside the points since he crashed out on the opening lap of last year’s Russian Grand Prix for McLaren.

He said: “We got it wrong with the strategy of pushing on the tyres. We went for the undercut and unfortunately didn’t make it stick.

“In hindsight, it was too much pushing too early and trying too hard to try and get one position – in hindsight, we shouldn’t have gone for it.”