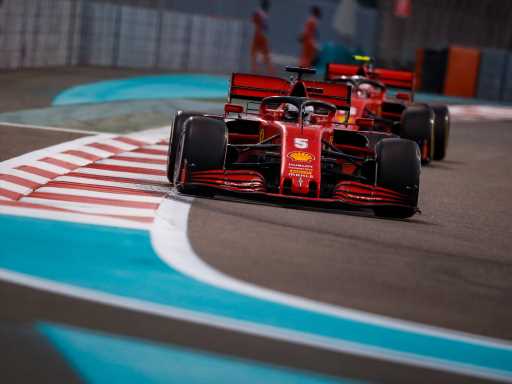 Charles Leclerc was far from pleased with Ferrari’s showing in Abu Dhabi, saying they were just “not quick enough”.

The Scuderia have endured a very difficult 2020 campaign, but before moving on, they were hoping to finish the season on some sort of a high.

But that certainly wasn’t achieved with Leclerc crossing the line at Yas Marina Circuit in P13 ahead of departing team-mate Sebastian Vettel in P14.

Just when the Maranello outfit had started to show signs of improvement, they end 2020 staring at the harsh reality of the work they have ahead.

“Today, we just weren’t quick enough. We struggled to overtake and were not very good in low speed corners,” Leclerc told the Ferrari website.

“So we tried something different with our strategy to put ourselves in a better position. Unfortunately, it didn’t work out.”

But despite the struggles in Abu Dhabi, Leclerc still feels Ferrari have made progress over the last few races of the 2020 season.

“It has been a difficult season for us and it’s a shame to end it like this. All the same, we have made some progress over the past few races, and hopefully we can continue doing so over the winter to come back stronger next year,” he said.

“I want to thank Seb for everything he has given to the team. He is an amazing person and a fantastic driver. He pushed me to perform better and to improve.

“It’s been great to have him on the other side of the garage for the past two years and I wish him all the best for the future.

“I am also happy that Carlos [Sainz] is joining the team next year. He is very quick, solid, and consistent as a driver. It’s going to be a big challenge for me and I’m already looking forward to it.”

I learnt so much from you as a person and as a driver in these last two years together.
Thanks for pushing me to improve all the time, it’s been a honor to be your teammate, and I honestly wish you the very best.
Top driver and a Top Man pic.twitter.com/4UwsTT4spC

“We have to turn the page and look to the future, taking on board what we have learned during these very difficult recent months. We have to get back on top, working nonstop on next year’s car to make up the performance gap to the best.”

Ferrari end the season P6 in the Constructors’ Championship with 131 points, their lowest finishing position since 1980.