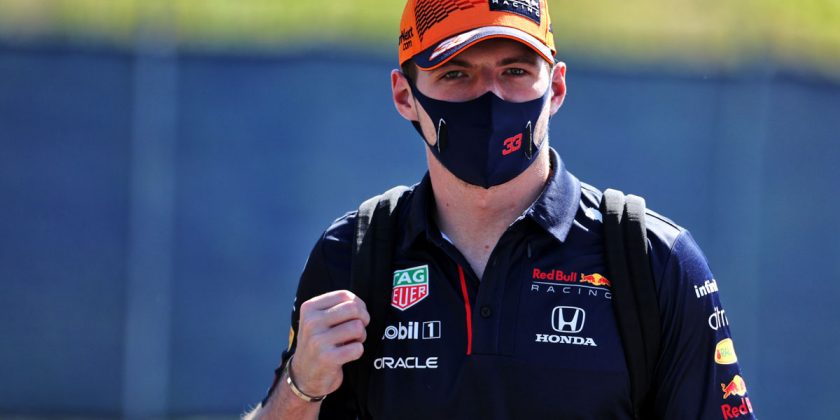 Max Verstappen was in dominant form in FP3 for the Austrian Grand Prix, going 0.538s faster than Valtteri Bottas in P2 as he showed his hand ahead of qualifying.

Bottas and Mercedes team-mate Lewis Hamilton were behind the Red Bull in a tight chasing pack, but the World Championship leader looked like he had his car completely hooked up and showed remarkable speed around the short lap of the Red Bull Ring.

Pierre Gasly and Antonio Giovinazzi were the surprise showings by going P4 and P5 respectively in FP3, with a short gap heading into qualifying – and Verstappen is the clear favourite to take another pole position.

Think Verstappen can make it back-to-back wins at the Red Bull Ring? Head to Planet Sport Bet for all the latest prices on the Austrian Grand Prix.

The talk around the paddock ahead of the session was the morning’s announcement of Hamilton’s two-year contract extension with Mercedes, but the focus soon switched back to the task at hand – preparing for qualifying.

Every driver began their day’s running by testing prototype tyres around the Red Bull Ring, to offer key feedback and mileage as the teams continue their preparation for the new generation of cars next season.

Fans were also in the stands as the action began to unfold – a significant portion of whom were decked out in orange in support of Verstappen – as drivers began to find their way around the track.

AlphaTauri were setting the early pace on the prototypes, as Yuki Tsunoda and Gasly topped the timesheets ahead of the Ferrari of Leclerc 20 minutes in.

As Lando Norris set up for his first run on the soft tyres, after spinning yesterday, he had to back out again at Turn 1 after a snap of oversteer that saw him run over the yellow sausage kerb at the exit – which he will have felt from his cockpit.

After exploring the limits on the prototype tyres, the teams soon switched to their regular running in FP3.

Having not run in the first half of FP3, Verstappen came out on fresh soft tyres and quickly threw down the gauntlet by setting a 1:04.941 – 0.686s ahead of Leclerc in P2, although Mercedes had yet to set representative qualifying times.

Elsewhere, several drivers began to get out of shape as they explored the limits of the track. Tsunoda dropped a tyre out wide at Turn 9 and quickly slid sideways onto the grass, but somehow managed to save it and get back to the pits with only flat-spotted tyres being the damage.

Both Ferraris ran into trouble too as Leclerc grazed the gravel at Turn 4 as he got on the power, while Carlos Sainz ran wide at Turn 10 on his qualifying simulation, complaining that the high track temperatures were causing higher tyre wear towards the end of the lap.

Hamilton went P2 with a 1:05.277, 0.336s behind the Dutchman and, while he matched Verstappen in the final sector, race engineer Pete Bonnington told his driver that the main deficit to the Red Bull came in a straight line.

Nikita Mazepin brought out yellow flags by getting out onto the gravel at Turn 4, but the Haas was able to keep himself going and avoid the session being red-flagged.

Norris continued his troubles by dipping a tyre wide at Turn 10, twitching as he headed into the corner, running wide and muddying his left-front tyre.

The final runs saw Gasly and the Alfa Romeo of Antonio Giovinazzi find their way into the top five, and Verstappen extended his gap even further to those behind, going over five tenths faster than Bottas and Hamilton.

It’s advantage Red Bull, then, as the Orange Army watch on with interest ahead of Saturday afternoon’s qualifying session.