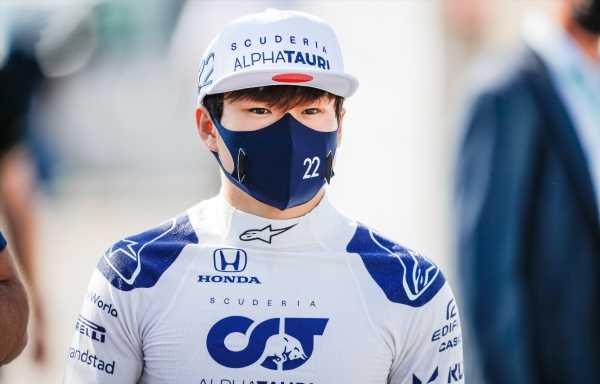 Franz Tost says Yuki Tsunoda’s future in F1 is in his own hands as while he clearly has the talent, he now needs to show he has the dedication to do whatever it takes to succeed.

Tsunoda joined the Formula 1 fraternity last season, placed at AlphaTauri with the help of Honda.

It was a mixed season for the Japanese driver, who after scoring on debut was billed as one of the “best” rookies by F1 managing director Ross Brawn, while Helmut Marko spoke about him as a future World Champion.

But it wasn’t long before the criticism began to mount, Marko going as far as to tell the driver that his head isn’t just for his helmet, it’s “also to think”.

The 21-year-old eventually finished his debut campaign with 32 points, scoring a career-best P4 at the season-ending Abu Dhabi Grand Prix.

He’ll spend this season with AlphaTauri with a potential Red Bull seat opening up at the end of the championship.

Tost says it is up to to the driver what happens next.

“I can only say that Yuki is a really fantastic driver,” the AlphaTauri team boss said as per Motorsport.com.

“Now, it’s also in his hands what he is making out of this, because to have talent is one story. I know a couple of F1 drivers that were really talented, but they won maybe one race or even no race.

“As a Formula 1 driver you cannot do enough physical training, nutrition is very important, to be really disciplined. And the complete way of life must be 100 percent matching what Formula 1 requests.

“This is now in his hands. We can only advise him, but then he has to do it by himself. And this is where you will see [if he] can become a real top star. From the driving side he can do it. Now it’s up to him.”

Tost also defended Tsunoda’s performances in 2021, with the youngster scoring less than a third of his team-mate Pierre Gasly’s points.

Gasly, one of the stars of last season, finished with 110 points, Tsunoda scoring  32.

Tost, though, says one must remember it was a rookie up against a driver with four years of experience.

“Yuki’s season is a fantastic example of a rookie season,” he explained. “It was in the past always the same, but this year was the first time that there was a very experienced driver on the side of a rookie.

“Normally we started with two rookies or a driver with one year of experience and then the difference was not so obvious.

“What happened with Yuki is totally easy to explain. [In Bahrain] he did a good race, finished ninth, everything fantastic. And it was clear for me a crash would come soon, because Yuki drove already on the limit.

“But it’s always the same with young drivers. We tell them ‘hey, you are on the limit’ and I know exactly what Yuki had in his head. After Bahrain he thought – and that’s typical for young drivers – ‘huh, Formula 1 is not so difficult’.”

But then he found it is actually a lot more difficult, suffering several qualifying crashes early in the season.

“He was shocked, he lost confidence,” added Tost. “Of course, then the question comes: “Am I able to do this? Maybe Formula 1 is too fast for me?’ It’s with all the drivers the same. but with Yuki it’s just such a fantastic example.

“This is the reason why I say a young driver needs minimum three years to understand a little bit Formula 1, because Formula 1 is much more complex as people think.

“Next year is a completely different story because he knows much more. I’m quite confident that we made the right decision.”