It’s not as fast as the Lamborghini Aventador SVJ, but the 7:04 lap time is still mighty impressive.

To avoid a midlife crisis, Mercedes is giving its two-door GT range a nip and tuck about four years since the dedicated AMG model was introduced. The main highlight of the lineup refresh currently exhibited at the 2018 Los Angeles Auto Show is without any doubt the new limited edition PRO (notice the use of all caps as with the ONE hypercar). It starts off as the R and then the talented folks from Affalterbach slap on some track-focused upgrades derived from their GT3 and GT4 race cars.

With all the goodies in place, the Mercedes-AMG GT R PRO can lap the Nurburgring in 7 minutes and 4 seconds. In the hands of AMG brand ambassador and AMG GT3 racing driver Maro Engel, the go-faster coupe achieved the impressive lap at the beginning of November by using a still disguised car. The attached footage shows the full lap of the Green Hell a.k.a. Nordschleife a.k.a. Nürburgring North Loop, which is becoming sort of an obsession among automakers with performance models in their lineups. 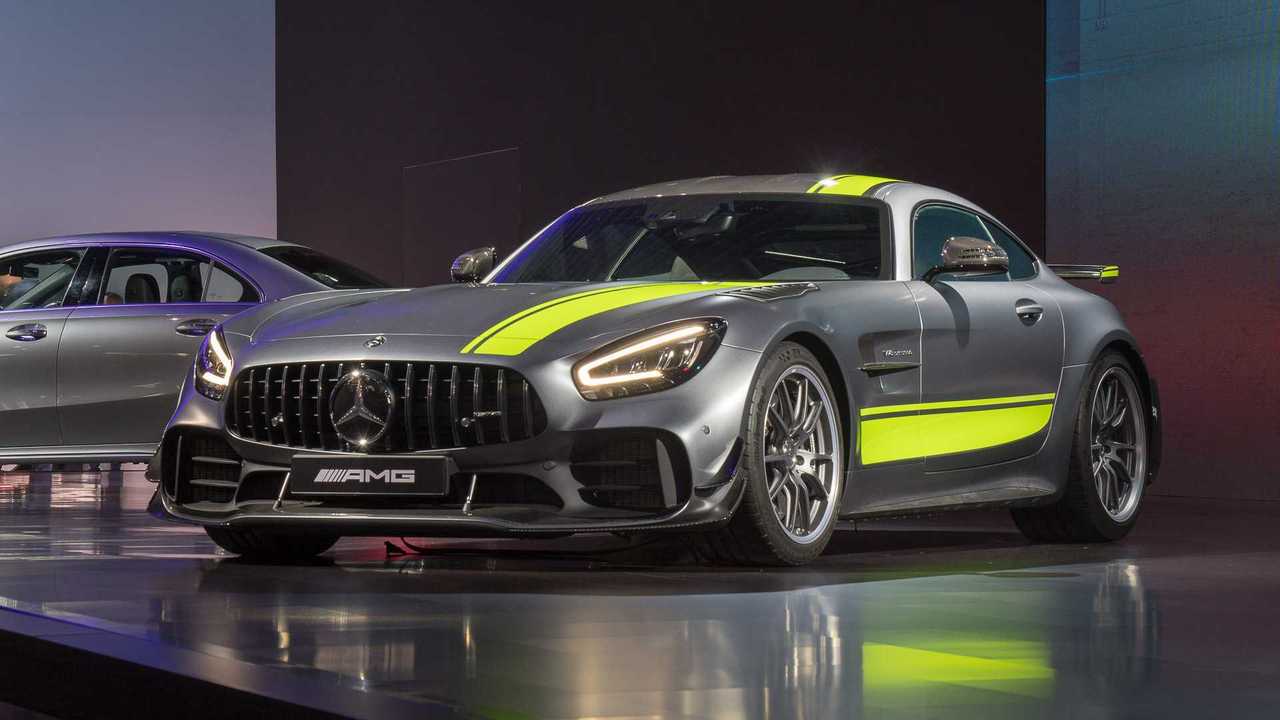 Mercedes recently took the titles for the fastest SUV and the fastest four-seat model at the ‘Ring, and while the GT R PRO didn’t break any records, the lap is still blazing fast and worthy of our time.

Bear in mind this isn’t the ultimate incarnation of the GT, with Mercedes recently reconfirming a more hardcore Black Series is being developed. Testing has already commenced and we’ll be seeing prototypes next summer at the very same track in Germany. A release date hasn’t been disclosed, but everyone’s expecting the flagship GT to go official at one point in 2020. Upgrades should include more power, less weight, and chassis tweaks to make the Black Series quicker than the R PRO.