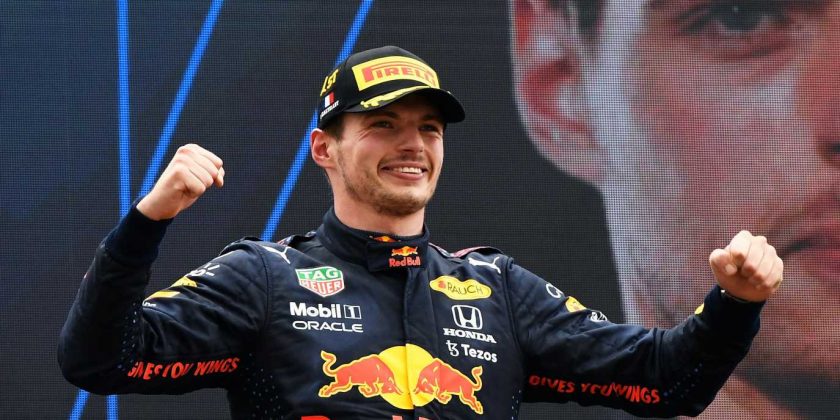 It’s game on in Formula 1 after Max Verstappen’s win in the F1 French Grand Prix on Sunday at Paul Ricard Circuit at Le Castellet, France.

The win was the third in a row for Red Bull and the third of the season for Max Verstappen, who passed Lewis Hamilton on the next-to-last lap of the race to increase his points lead in the championship. Verstappen came into the race with a four-point lead and left France with a 12-point advantage over seven-time champion Hamilton.

Verstappen and Red Bull pulled off a successful two-stop strategy, as Red Bull proved to win both on the track and on strategy. Verstappen made his first pit stop on lap 19 of the 53-lap race an committed to the two-stop strategy with a second stop on Lap 32. At the time of the second pit stop gamble, Verstappen held a 2.2-second lead over Hamilton.

“It’s a team effort,” said Red Bull team principal Christian Horner to Sky Sports. “The strategy guys are working the numbers, and they present the odds and the facts and you’ve got to go for it. That’s what we did and it paid off today.”

Hamilton made his lone pit stop on Lap 20 and was unable to hold off Verstappen and the Red Bull’s fresher tires.

The final margin of victory was a comfortable 2.9 seconds.

Sergio Perez, who won last time out in Baku, completed the podium for Red Bull. Mercedes’ Valtteri Bottas also fell victim to the one-stop strategy and finished fourth after watching Perez make the pass on Lap 49.

“It was a long way to go to the end, but we pulled the trigger and went for the two-stopper and thankfully it paid off,” Red Bull’s Horner told Sky Sports. “Phenomenal Grand Prix, and great from Sergio as well making that one stop work. Fantastic team performance today.”

No cars outside the top four finished within a minute of the winner.

All 20 cars were running at the end to mark just the 10th time in F1 history there were no retirements in the race.

George Russell of Williams finished 12th for his best result of the season.