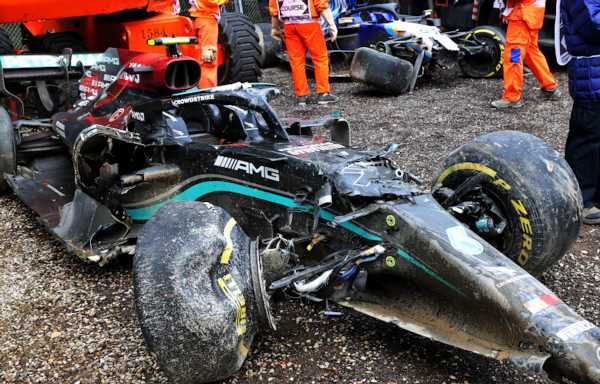 Damage that is likely to cost both teams a pretty penny with Wolff declaring Bottas’ W12 to be a write-off.

“Our car is a write-off,” said the Austrian. “In a cost cap environment that is certainly not what we needed and is probably going to limit upgrades for what we are able to do.”

Asked if it could even impact Mercedes’ 2022 plans, Wolff told GPFans Global: “Absolutely.

“We are very stretched on the cost cap and what we always feared is a total write-off of a car.

“This one is not going to be a total write-off but almost and it is not something we really wanted.” 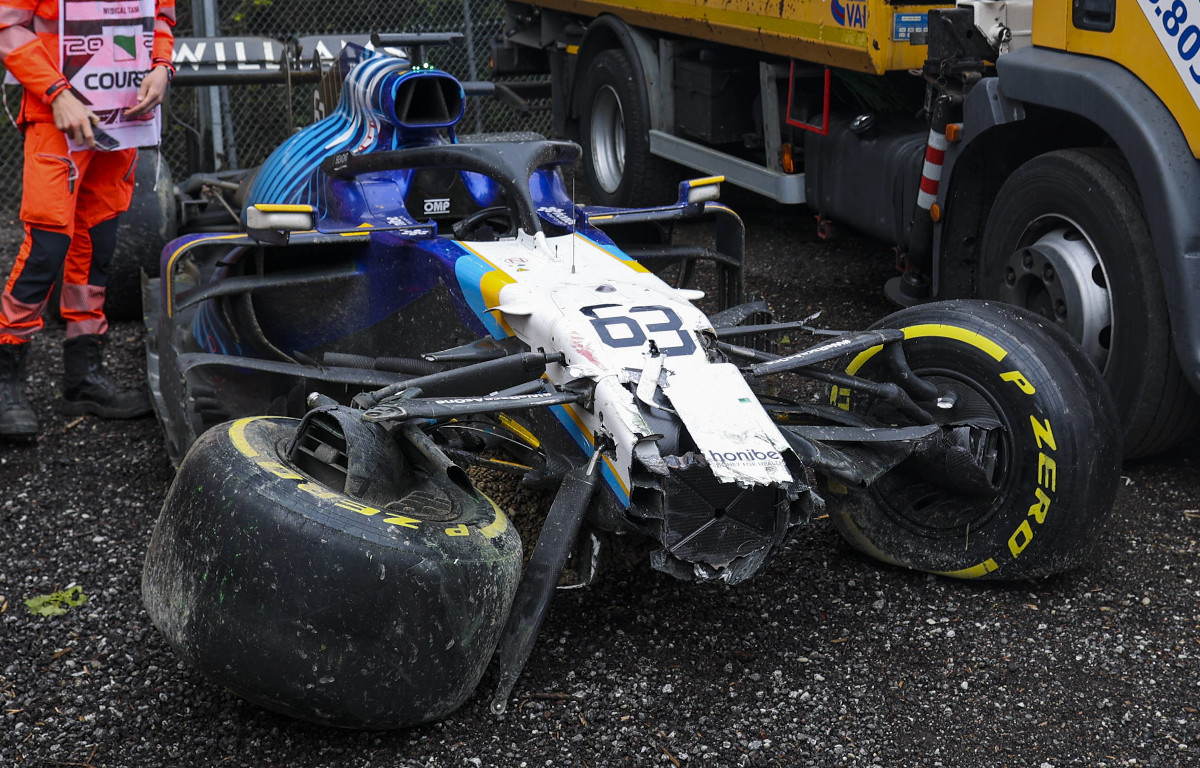 Williams will have the same problem as Russell’s car also sustained heavy damage while Mercedes had a double disaster in that Lewis Hamilton also nosed the wall, breaking his W12’s front wing.

“If you have a series of these large accidents that do significant damage – and this has been bad for us because we’ve had a front wing damaged with Lewis as well – then that will definitely exceed our allocation of what we have available to spend on replacement parts,” he said.

“In an ideal world, you run them to life and don’t break them, and anything you do break it is end of life or something that is about to be obsolete – but that is definitely not the case here.

“So, it is a factor of the cost cap that the money has got to come from somewhere and if it is a big problem it can’t start to hit your development budget, so we do need to be mindful of that going forward.”

Ralf Schumacher summed it up as hurting “twice” given first the crash and then having to build a new car.

“A total write-off hurts twice!” he told Sky Germany. “First the accident itself and then the necessary new car naturally falls under the budget cap – a maximum of 145 million US dollars for the development and use of the racing cars per season.

“And we’re not talking about 100,000 euros for the new car. Applies to both the Mercedes and the Williams.”