Ed Carpenter Racing and the U.S. Air Force have revealed Conor Daly’s #47 U.S. Air Force ECR-Chevrolet for the 2020 Indianapolis 500 which pays homage to the beginning of today’s U.S. Air Force and one of America’s most iconic aircraft, the Bell X-1.

Daly will drive the #20 ECR-Chevy on road and street courses this year, but team owner and oval specialist Ed Carpenter will step back into that entry for the 104th running of the Indianapolis 500 which has been rescheduled for Aug.23 following the coronavirus pandemic.

Thus the U.S. Air Force was at liberty to choose an alternative number for the third entry, which Daly will pilot at Indy and has selected #47. The U.S. Air Force was officially founded on September 18, 1947 with the passage of the National Security Act of 1947 while less than a month later, on October 14, 1947, U.S. Air Force Capt. Charles “Chuck” Yeager became the first pilot to break the sound barrier.

He did so in the bright orange Bell X-1, nicknamed Glamorous Glennis by Yeager as a tribute to his wife. The aircraft, which is now owned by the National Air and Space Museum and is on display in Washington, D.C., was dropped out of a Boeing B-29 Superfortress and then reached Mach 1.06 (700mph) at an altitude of 43,000 feet over the Mojave Desert in California.

“It’s incredible to once again drive an iconic livery at the Indy 500,” said Daly. “The U.S. Air Force does an unbelievable job paying respect to the history of the fighter jet and honoring the accomplishments of those who have served and are currently serving,” stated Daly.

“This is such an exciting car, there’s so much that went into both the design and the number 47 that we’ll be representing. I can’t wait to drive the IndyCar version of Glamorous Glennis and hopefully make Chuck Yeager himself proud!”

USAF Major Ross McKnight, chief of national events branch Air Force recruiting service, echoed Daly’s excitement, stating: “The Bell X-1 and Brig. Gen. (Ret) Chuck Yeager are cornerstones of the Air Force and aviation in general. They are part of a rich history of high performance, pushing boundaries and advanced technology that are at the fabric of the U.S. Air Force and our Airmen.

“We are really excited to pay tribute to the historic breaking of the sound barrier at the Greatest Spectacle in Racing with a tribute livery that can be seen all round the track. Even if it can only go a fraction of the speed that Chuck and the Bell X-1 traveled, then Conor and #47 U.S. Air Force Chevy are in for a great result.”

Daly will be attempting to qualify for his seventh Indianapolis 500 in 2020, alongside teammates Carpenter and rookie Rinus VeeKay in the #21 ECR-Chevy. He is due to drive for Carlin in the other oval events in the schedule. 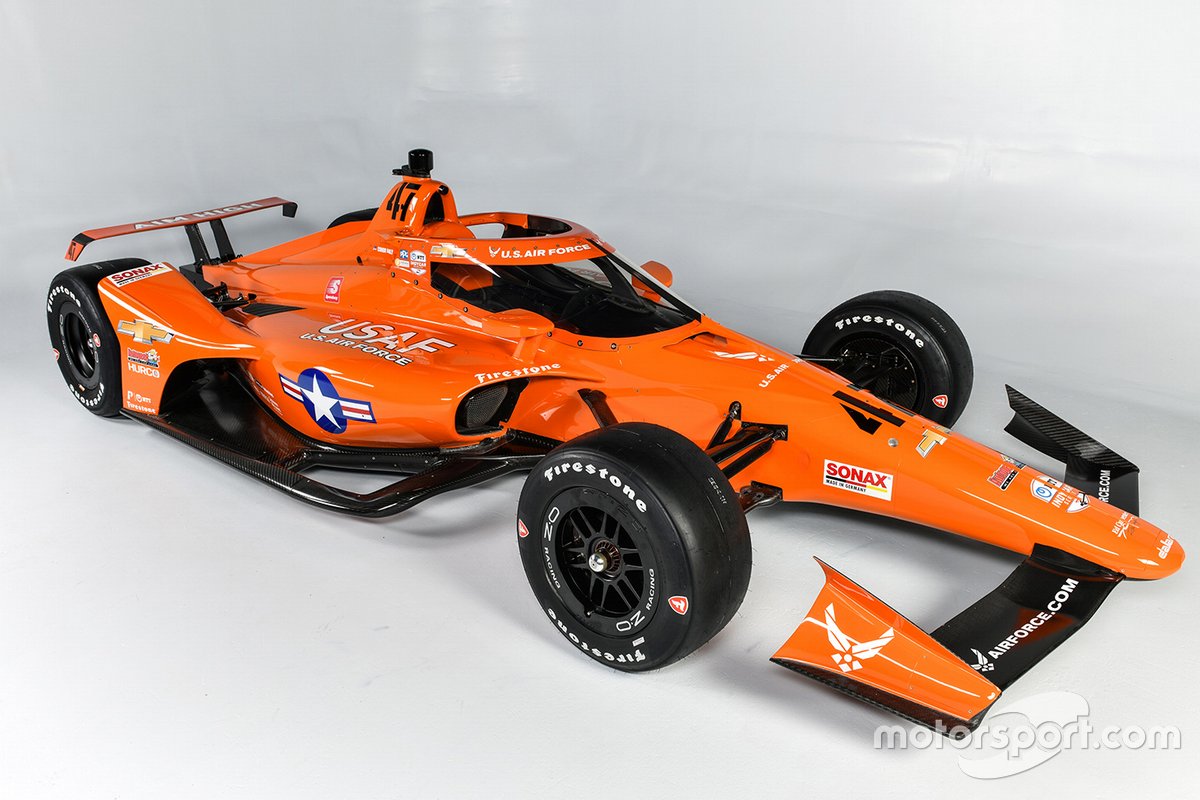