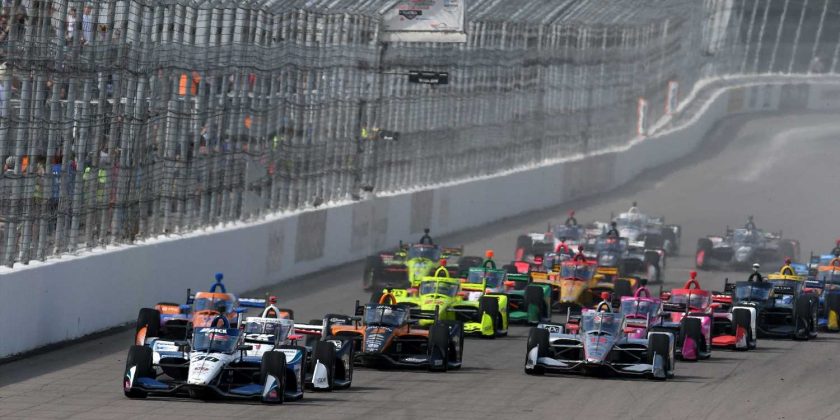 The IndyCar Series will race 17 times in 2021, with a new event on the Streets of Nashville, and a doubleheader at Texas Motor Speedway to open the month of May.

No longer on the schedule are races at Iowa Speedway, Richmond Raceway and Circuit of the Americas.

For the 10th consecutive season, IndyCar will begin its campaign on the Streets of St. Petersburg, Florida, this time on March 7. It will also be the first of nine races broadcast on over-the-air NBC.

“We’re really pleased that the current plans provide for one additional race on NBC’s network than we had this year,” said Mark Miles, president and CEO of Penske Entertainment Corp. “In particular, the season will start with NBC coverage of the St. Petersburg event, a spectacular start for those in attendance and for those watching from home.”

The Texas doubleheader compensates for the loss of Iowa Speedway, which is reportedly available for purchase from NASCAR, with no potential suitor yet emerging. The races are scheduled for May 1-2 as a precursor to the 105th Indianapolis 500 on May 30.

“The changes in Texas are important and exciting,” Miles said. “To have not just one oval race, but two, before racing at the Indianapolis Motor Speedway in May is strategically very important to the growth of the event, as well.”

The follow-up to the month of May will take place in Detroit at Belle Isle Raceway Park on June 12-13 and Mid-Ohio moving to the July 4 holiday weekend.

The inaugural Music City Grand Prix in Nashville is scheduled for Sunday, Aug. 8, and will be contested on a temporary circuit staged around Nissan Stadium — home of the NFL’s Tennessee Titans.

“We couldn’t be more excited about the opportunity to race on the streets of Nashville, which we think will be a blockbuster event in its first year,” Miles said. “It’ll help raise the bar – not just for great racing – but for a great festival around IndyCar.”

The following weekend, IndyCar will again share center stage with NASCAR at the Indianapolis Motor Speedway for the Brickyard Weekend, which now entirely takes place on the venue’s infield road course.

“After the proof of concept this year,” Miles said, “We look forward to having an INDYCAR Grand Prix during the Brickyard weekend – and inviting fans be a part of it. We know the strong Midwest affinity for IndyCar racing and the love for IndyCar drivers will help that weekend reach new levels.”

The complete schedule can be found below.

What are you most looking forward to with IndyCar in 2021? Tell us in the comment section below.