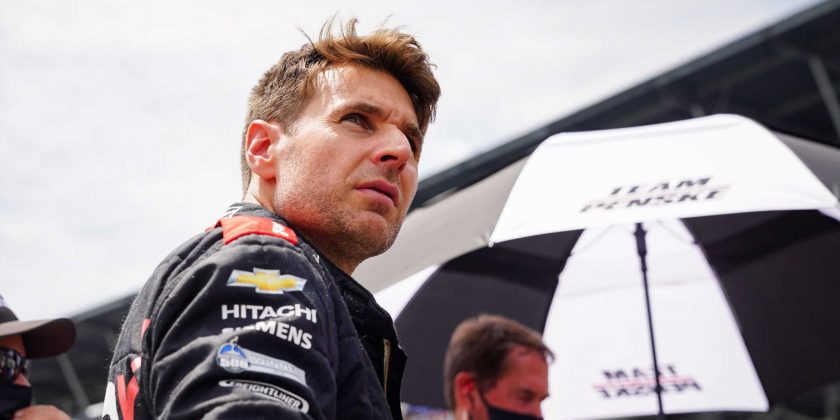 Will Power remembers looking up at the scoring pylon as the 105th Indianapolis 500 came to a close and the postrace celebrations were just beginning on May 30.

Power, who won the 500 himself back in 2018, had no idea that his former Team Penske teammate and Meyer Shank Racing’s Helio Castroneves had just won his record-tying fourth Indy 500.

Power said that he’s since had a chance to watch the ending to the race and Castroneves’ daring final pass for the win.

“I think it was he needed to do to win the race, actually pretty strategic honestly to end up getting pulled along by those backmarkers so (Alex) Palou couldn’t have a go at him,” Power said. “Pretty epic that he wins is fourth, and it was with another team. It was a Tom Brady thing. Really shows his talent.

He could be the first guy to win five. That would be nuts. I’m sure he’ll be trying, and I’ll be trying to get number two.”

Power is in Detroit this weekend for the Chevrolet Detroit Grand Prix presented by Lear. For Power, who sits an uncharacteristic 12 in the NTT Indy Car standings through six of 17 races, this weekend’s doubleheader is is go-time for the 2014 series champion.

Power has not finished lower than fifth in the final season standings since injuries in 2009 cost him a good chunk of that season and he finished 19th.

“It’s always go time.” Power said. “We need to just do what we do. It’s just unfortunate obviously the things that have gone wrong this season. I’m sick of saying that year in and year out. I want to be a part of the championship.”

Belle Isle should be a good place for Power to right the ship. He won twice in Detroit and has finished on the podium six times in his last 12 races on the bumpiest course on the circuit.

“It is a good place,” Power said. “I enjoy it. It’s very much an attack track, so I’m certainly looking forward to putting all the disappointment behind me. I feel really good. I feel really fit. Ready to go for sure.”

Power, who turned 40 in March, is hoping to be the seventh different driver to win in the series this year, joining Castroneves, Pato O’Ward, Colton Herta, Alex Palou, Scott Dixon, and Rinus VeeKay.

“There’s just a lot of good drivers, a lot of good teams,” Power said. “You can’t really pick a pole sitter or a winner week in and week out. They’re all good. They young guys coming in are good. The veterans that have been around a long time are good.

“It’s a very competitive series and good for the fans. Who knows who is going to win week in and week out. It’s fun for the drivers. As long as you’re at the front. You can be on pole, and they you can be 20th just like that. So tough.”

When asked why the series has suddenly become the most competitive racing series on the planet, Power said that this year reminds him of 2014. That year, the IndyCar Series had 11 different winners in 18 races. And Power won the championship.

Now, it’s just a matter of catching up and eventually passing the youngsters ahead of him in the standings thar are currently topped by Ganassi Racing’s Alex Palou.