Rebellion Racing’s Neel Jani says he has sympathy for the FIA World Endurance Championship over how difficult it is to find a fair Equivalence of Technology in LMP1.

It came despite EoT tweaks being made both in the run-up and during the weekend in a bid to close the gap between Toyota’s TS050 Hybrid and its non-hybrid opposition – although leading privateer drivers said after qualifying they felt the changes had made little difference.

Jani explained that Rebellion was still undershooting its fuel targets at Fuji, with drivers having to lift and coast manually to avoid penalties for exceeding the maximum energy allowance per lap.

This disadvantage, combined with Toyota’s superiority in traffic with its hybrid systems, makes the gulf in performance to the non-hybrids not easily fixable by further EoT adjustments, the Swiss believes.

Jani told Motorsport.com: “It’s one thing for your ultimate qualifying time to be closer [to Toyota], it’s another thing in the race when you have to overtake, how much you lose in traffic.

“We’ll always lose more because we don’t have the punch out of the corners to overtake. No EoT can fix that. I don’t think it’s just an EoT issue, it’s pure concept.

“I think it’s the most difficult to do right now [setting the EoT]. You just don’t know which direction to go, how far to go. It’s hard.

“We always have to consider that the potential of the hybrids is immense; we showed that with the tribute car [Porsche 919 Evo]. Can you ever make a privateer as quick? I don’t know.”

The 2016 Le Mans 24 Hours winner also suggested that a change large enough to bring the privateers into play in the race would necessarily mean making them faster than Toyota over a single lap.

“I wouldn’t blame anyone here for a bad EoT,” he said. “What can you do? Bring us closer in the race and suddenly we’re quicker in qualifying? That’s not fair either.”

Jani added that his experience with the Porsche LMP1 team meant he had never believed that Rebellion could seriously challenge Toyota even before the season had started.

“It has always been like that,” he said. “Even when it was just Audi here and we were with Rebellion [in 2012, when Toyota only ran a part-campaign], we were never even close.

“I never had the hope [to challenge Toyota], because I know how a manufacturer works and what their possibilities are. It’s not going to happen.” 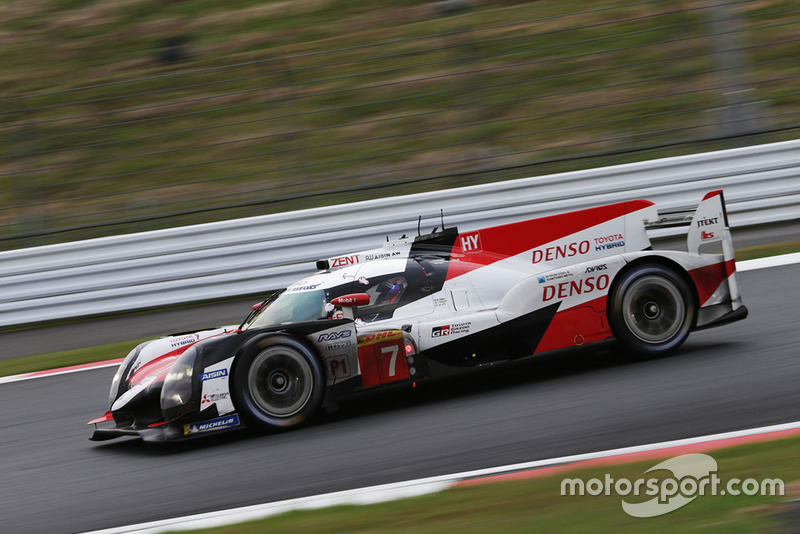