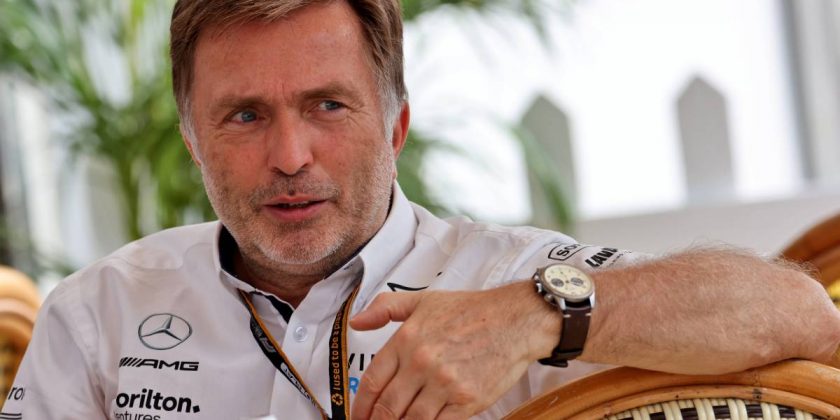 Jost Capito has been discussing his relationships with various F1 luminaries – and told of how he gave Max Verstappen’s early career a boost.

The 63-year-old German has become the main man at Williams as both CEO, the original role he began just over a year ago, and team principal, taking over that job also when Simon Roberts left last summer.

Capito has a rock-solid reputation in motorsport having enjoyed great success with Ford and Volkswagen’s programmes in the World Rally Championship, albeit a previous F1 spell with McLaren in 2016 proved to be short-lived.

But he led Williams to their best season since 2017 after joining them in 2021 and has now described the helping hand he gave to a fledgling Verstappen, who was starting to make his way up the junior category ranks.

“I gave Verstappen the engine package to get into Formula 3 with Van Amersfoort,” said Capito, who was still with Volkswagen at the time, on the Collecting Cars podcast.

“Otherwise he wouldn’t have gone into Formula 3 that year.

“Then he got straight into Red Bull after a couple of Formula 3 races. I discussed that with [Dr Helmut] Marko. So I have a good relationship with Red Bull, they trust me.”

In doing so, he had to walk a tightrope, with the risk of upsetting Red Bull on one side and, on the other, Toto Wolff, head of motorsport at Mercedes, Williams’ technical partner and arch-rival of the Austrian energy drink giant.

“It was easier than everyone believes,” said Capito. “I have a good relationship with Red Bull because I worked with them in the Sauber times (1996) a lot, so I know Mateschitz personally quite well and they were the main sponsor at Volkswagen for the rally programme.

“I have a good relationship with Toto as well. When I was in charge at Volkswagen and he was at Mercedes, we both had to run Formula 3 in a proper way and we got Formula 3 up to where it got to in the end together.

“I have a trust relationship with the Red Bull side and I have that on the Mercedes side. I think they both trust me as well, so we handle it in a proper way so it doesn’t damage Mercedes or Red Bull or any of their competition issues.”