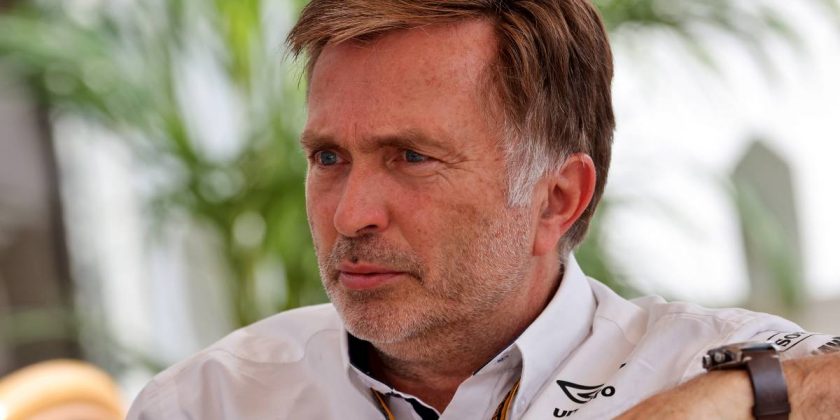 Jost Capito has again expressed guarded interest in Williams potentially linking up with Volkswagen if, as expected, they enter F1.

A Volkswagen Group brand, which at this stage looks more likely to be Audi than Porsche, is set to arrive in Formula 1 when the next generation of engines is rolled out for 2026.

The Williams CEO and team principal said recently his team would be “happy to talk” if Volkswagen did come into F1, which is not surprising considering the German’s connections with the company.

The 63-year-old joined VW as head of their World Rally Championship programme in 2012 and enjoyed a hat-trick of Drivers’ and Constructors’ title successes with Sebastian Ogier.

He has also brought a selection of his former colleagues with him to Williams, including their technical director FX Demaison.

Although they are embarking upon an increased technical affiliation with Mercedes this year which is expected to last until 2025, Williams, via Capito’s latest interview, have indicated once more they would be open to discussions with a new partner.

From VW’s perspective, however, they would potentially want to join forces with a team further up the grid, even though Williams improved from 10th in the Constructors’ Championship, where they had finished the previous three seasons, to eighth in 2021.

Capito said it is “attractive for any team to get a factory engine – if there are opportunities for talks, of course the talks will be held” when asked about VW during a video interview with formel1.de and quoted by Motorsport-total.com.

Adding that he is “satisfied with the Mercedes partnership”, Capito tried to play down any speculation by saying he was under the impression VW had “not yet officially said goodbye to coming to Formula 1” and that “as long as there is no board decision at VW to go into Formula 1, I don’t think it makes sense to have any talks”.

Also in motorsport-total.com’s report is a reference to a letter that was recently reported in various media outlets as having been sent by Audi to Jean Todt and Stefano Domenicali which said the company are “close to the finish line” in terms of confirming their F1 entry.

That would be because the FIA have revealed their key pillars for the 2026 engines and there was reported to be nothing showing up as a red flag that would deter them from going ahead, with a big positive for VW being the removal of the MGU-H component.