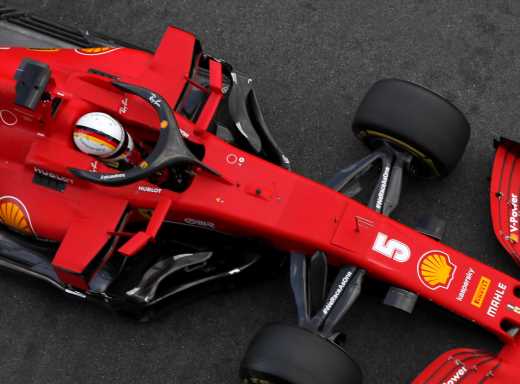 Last December Ferrari announced that Leclerc had signed a new five-year contract that would keep him at Maranello until 2024.

Months later the Scuderia announced that his team-mate Vettel wouldn’t be getting a new contract, instead 2020 would be his final season racing in red.

Ferrari, one could argue, have been justified in their decision based on this year’s results.

While Leclerc has two podiums and 85 points, Vettel’s best result has been his P6 at the Hungarian Grand Prix, leaving him down in 14th place in the Drivers’ standings with just 18 points.

Instead he feels Ferrari are developing to suit his team-mate, adding that they have very different driving styles.

“Ferrari knows that Leclerc is the future,” he explained to Speedweek. “So my guess is that what Charles has been saying was more likely listened to when developing the car.”

He added that Leclerc “drives very differently than Vettel. With Sebastian you can see that he cannot push the car to its limits.”

Vettel, though, says it is up to him as the driver to change his style to suit the car.

But while he has been able to do that in past seasons, he admits this year “something is simply missing”.

“I don’t think it has anything to do with the handling of the vehicle,” he said.

“As a driver, you have to be able to adapt to driving behaviour, whether you are sitting in a go-kart or driving Formula 1.

“I never had a problem with that until 2020. But this year something is simply missing.”