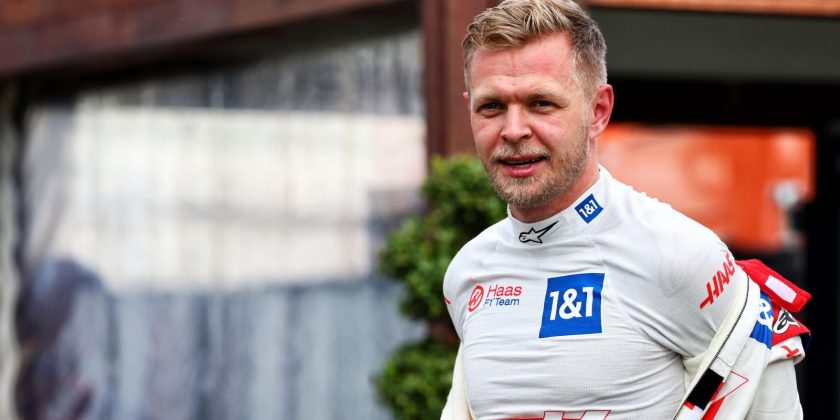 Kevin Magnussen has predicted he will need two more months to get fully back into the swing of driving in Formula 1, despite his strong return.

He flew out of the blocks after being drafted in at short notice following Nikita Mazepin’s dismissal, qualifying P7 and finishing P5 upon his comeback for Haas at the start of the season – despite having been out of Formula 1 for a year.

Magnussen admitted it has been a tough physical challenge to get back up to the fitness required to drive the Haas – even more so after coming back without much preparation time.

“The hardest thing has been my neck because you can train your neck, but it doesn’t get you fit to drive an F1 car,” Magnussen explained on Formula 1’s Beyond The Grid podcast.

“You can do all the training you want on your neck and I’ve done that in the past, and you get in the car and it just hasn’t made any difference.

“You’re still completely messed up after the first day in the car, so the first two races were quite tough on the neck.”

On top of coming back to terms with a Formula 1 car, the regulation changes mean Magnussen came back to the sport with a relatively blank slate in terms of what he would be working with – but he said it was a small mercy that the new, heavier cars are not quite as tough to drive as their predecessors.

But despite his turn of speed since coming back to a Formula 1 cockpit, dubbed by Ralf Schumacher as “world class”, he thinks there is still some way to go before he is back to his previous levels – both in terms of driving and the lifestyle to go with it.

“I reckon probably another two months, now I’ve had one month of being an F1 driver again and being fully into training again, living the F1 life where you train every day and focus on your fitness,” he said.

“Not that I didn’t train last year at all, but it was a lot less than when I was an F1 driver.”