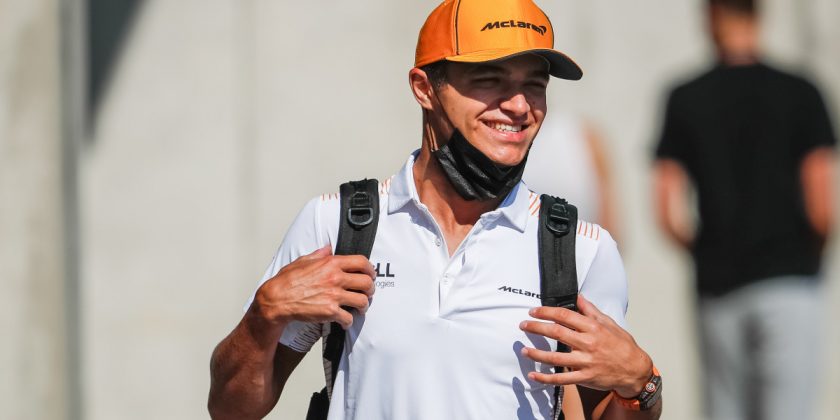 Lando Norris has announced that he has collaborated with the OTK Kart Group to launch his own karting team, named LN Racing Kart.

Norris became the youngest ever World Karting Champion when he won the title in 2014, ahead of now-Haas driver Nikita Mazepin and Jehan Daruvala, now a Red Bull junior driver.

The McLaren driver said he has been working on the launch of LN Racing Kart for the past year, and teased the announcement on Tuesday as he looks to offer opportunities to the next generation of drivers.

Say hello to the @LNRacingKart! This is a project I've been working on with OTK for the last year and I'm super-proud to say it's now here. pic.twitter.com/9gLXuqJkVX

He wrote on Twitter upon the announcement: “Karting is where it all started for me, I won my first world championship on OTK’s FA Racing Kart and I can’t wait for the day when someone wins their first championship on the LN Racing Kart.

“Bring on the future talent! Let’s do this @LNRacingKart, OTK & RFM.”

Norris has joined Fernando Alonso in launching his own karting operation, with the two-time World Champion having opened up a circuit in his native Asturias in Spain.

First pole position. Feels incredible. Dreamt of this since I was a little kid. I’m a happy guy 😁 pic.twitter.com/kaB2Of63CM