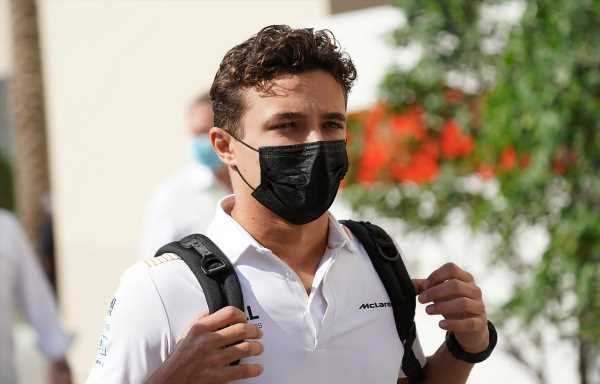 McLaren’s Lando Norris sees an improvement, but believes that mental health is still an awkward subject to talk about.

The British racer first burst onto the scene in 2019, cutting a confident and jovial figure in the paddock, while also impressing with his on-track capabilities.

But as it turned out, Norris actually went through an inner-struggle particularly through that first season, fighting his own questioning of whether he was good enough to be in Formula 1.

This has allowed Norris to become a key voice in speaking out regarding mental health issues, which in a sporting environment, has previously been seen by many as a taboo subject which could expose weakness to other competitors.

Norris then is working to change that perception, not only in Formula 1, but to the outside world also, with Norris developing into a strong symbol who has helped others overcome their own struggles.

Having found his mental health “exhausting to deal with” after joining the F1 grid, Norris then worked with the charity ‘Mind’, an experience which he gives great credit to.

“That was good for me,” he said, as quoted by Speedweek.com.

“But I see – it’s still a topic that people don’t like to talk about. And I think that has to change.”

However, the situation is not bleak, as Norris admitted that he is seeing more people start to open up on the subject.

“It’s nice to see more and more people finding the courage to talk about it,” he said.

“And I don’t see anything negative in that. It’s good for you, and if you have fans who follow you and who may have similar difficulties, then that can also be a help for them.

“I had a lot of encouraging feedback from the fans due to my openness. Suddenly, people wrote to me that they had given themselves a jolt because of me and that they could now talk better with family and friends.

“I realised that I could do something good here. And the more open and honest you are on social networks, the more likely you are to reach people.

“I’m proud and happy that I’ve found the courage to address this issue and the more fans I reach with it, the better.”

Norris recently has been joined by four-time World Champion Sebastian Vettel in speaking out over the importance of mental health, believing that it is even more important than physical health, but this does not seem to be the way of thinking.