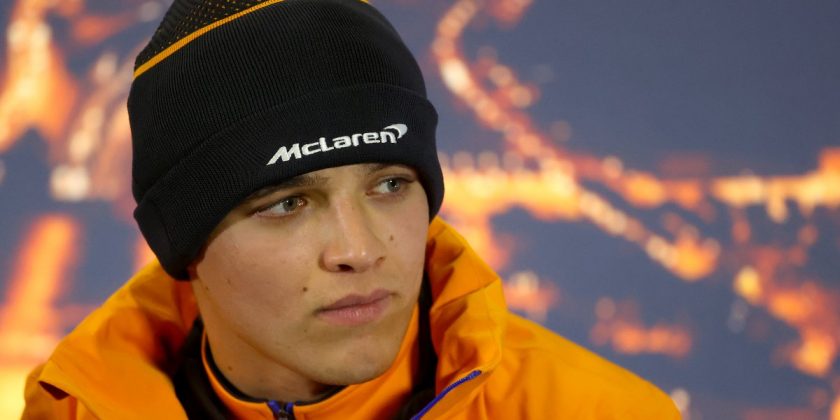 Lando Norris does not think he and McLaren will be able to finish on the podium regularly in 2021.

The 2020 season was an excellent one for the British team as they finished P3 in the constructors’ Championship and in the top three in two races.

Many expect them to stand on the podium even more in 2021 with a Mercedes engine fitted and regulations remaining stable, but Norris doubts that will be the case.

“Oh, that’s too much,” he said when asked if regular podiums were achievable, quoted by GPFans.

“Last year, more than ever for some reason, teams were able to excel at certain stages of the season and at certain tracks. It proves how much different car philosophies work in different types of races and conditions.

“We had a very good car at the beginning of the season but on the whole, Racing Point had the third-best car and the second-best car in a lot of races and under-delivered.

“The Mercedes engine and back-end is a good step forward but it won’t sort everything out. We won’t be able to just get podiums in every race.

“The car itself, and everything we have to do as a team and as McLaren, still has to be improved, from the pit stops to how we design things and the whole philosophy of the car. There needs to be a constant improvement.”

Norris and co may have finished last season as the highest-scoring midfield team but at many races, they struggled with outright pace and had a slower car than many of their rivals.

The Briton says the main aim for 2021 is to change that.

“I think where Mercedes are very good, or where Red Bull are very good, is they can just deliver every single weekend with the same performance. That’s what we need to try and achieve because that’s what gets you points and constructors’ Championships at the end of the day, not just one race where you look like heroes.

“It’s a step forward, Mercedes [engine] and bringing in Daniel [Ricciardo], but there is also a lot of improvements we need to make as a team.”