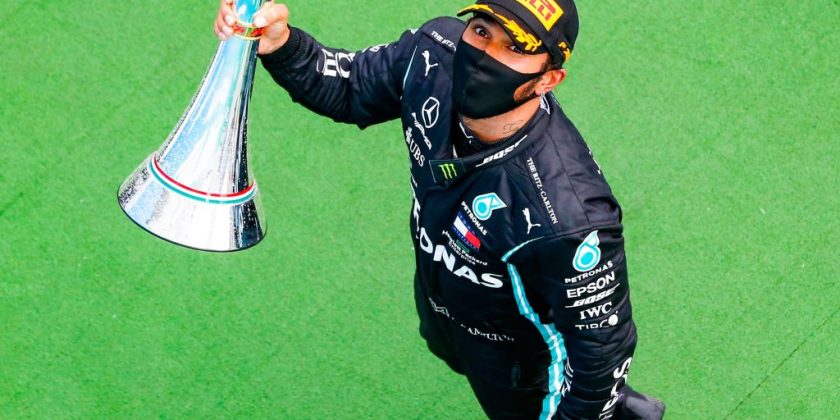 Six-time World Champion Lewis Hamilton said that the years remaining in his F1 career are limited after the Hungarian Grand Prix.

Hamilton was in dominant form at the Hungaroring, taking victory ahead of Red Bull’s Max Verstappen to move five points ahead of Mercedes team-mate Valtteri Bottas at the top of the Drivers’ Championship.

With that win Hamilton tied Michael Schumacher’s record for most wins at a single Grand Prix, that being his eighth victory in Hungary, and it seems Mercedes have provided him with his best car yet in the form of the W11.

The Briton said his memory isn’t good enough to say the W11 is the best of all the Silver Arrows’ cars that he has driven, but agreed the team have definitely “hit the nail on the head” with their 2020 challenger.

“Sadly I don’t have a great memory, so I can’t remember too much about all the different cars,” he told Sky F1.

“We drove the old car [W09] at Silverstone just before the first race and that felt fantastic, each of those old cars have been great, but each year we have complained or found certain issues that weren’t quite perfect.

“There’s a long lead to get those things implemented into the design of a new car and this year I think we’ve finally hit the nail on the head with all those areas we had been talking about, especially in the last two years.

“It has been driving so well, the balance is great, and my job out there is to make no mistakes, which I didn’t, but being able to manage the tyres the way I do is something I’m constantly trying to work on and studying to improve that tool that I have.

“I think that’s why I was able to create the gap that I had and do that lap at the end.

“This team continues to amaze me, I love working with them, and I’m grateful that I can perform on weekends like this.”

A message to everyone back home in Brackley and Brixworth!

Next up is Hamilton’s home race – the British Grand Prix at Silverstone.

But the Briton said it is “bugging him” that this time the race will happen with no fans in attendance, admitting he doesn’t have many years left in the sport and so sees it as a precious year lost.

“I love Silverstone, but I’ve got to say that’s something that’s bugging me a little bit,” he said when asked if he is looking forward to the British Grand Prix even though it will be a closed event.

“Even here [in Hungary], out of Turn 5, into Turn 7 you usually see a massive crowd, when you come through the last corner you see the flags flying, and it feels great to be out there once you’re in the zone, but I do really miss the energy they bring.

“I don’t have a lot of years left and that’s going to be one year that I miss all the fans.

“But I do want them to stay safe, and we are in that period of time where safety is everything, so I hope I can perform well for them there because I know they will be watching.”