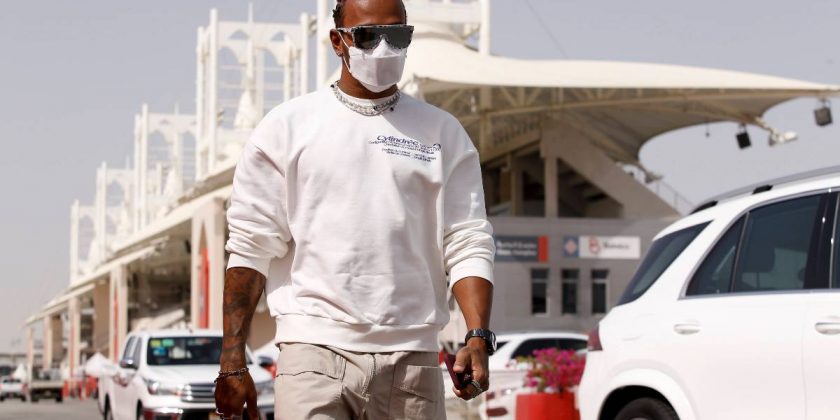 Sir Lewis Hamilton insists his growing array of pursuits off-track is well managed – despite being “busier than any ever driver has ever really been”.

The seven-time World Champion is anything but a one-dimensional, tunnel-visioned racer for he takes an active part in interests such as music, fashion and environmental and equality matters.

It has been speculated that the reason why the 36-year-old Briton has signed only a one-year deal with Mercedes for this season, when he can capture a record-breaking eighth Drivers’ title, is because he increasingly sees his future being away from Formula 1.

But for however long Hamilton remains in the sport he has dominated in recent times, he believes he is fully capable, along with the people in his circle, of ensuring nothing gets in the way of him producing his best possible performance at every race.

“I think people naturally probably work hard to make things appear easier than it is,” said Hamilton during an interview with Sky F1.

“I have a great team around me, but I would say I’m a lot busier than any driver has ever really been.

“Finding the right balance is probably the hardest thing because you never want to arrive and people say the reason why you didn’t perform is because you’re distracted by all these other things, which is an easy cop-out for people to attack you with.”

Not great at playing but the point is I love it and that’s all that matters 🙏🏾 pic.twitter.com/C76yUP7XpN

Hamilton cited the example of his sublime pole position lap for the 2018 Singapore Grand Prix when even his friend and mentor Niki Lauda had questioned his preparation.

He continued: “If you look along the way, a lot of these different things I’ve done, like when I was in New York doing a fashion show and then flew over and everyone, even to Niki, was like ‘he can’t do that’. And then I put in that qualifying lap which kind of breaks that mould and everyone’s like actually ‘oh yes, you can’.

“I wouldn’t be able to do all these other things if it wasn’t for racing, so it’s ultimately down to me to know the boundaries and the limits and how far I can go and know I can’t be staying up crazy late and out partying or whatever it may be.

“Bit by bit I build up strength and then if I have space, I’ll add something else I’m interested in. When I know I have an event coming up, that always falls to the side and I have a team that can take on that stuff. That’s the strategy.”