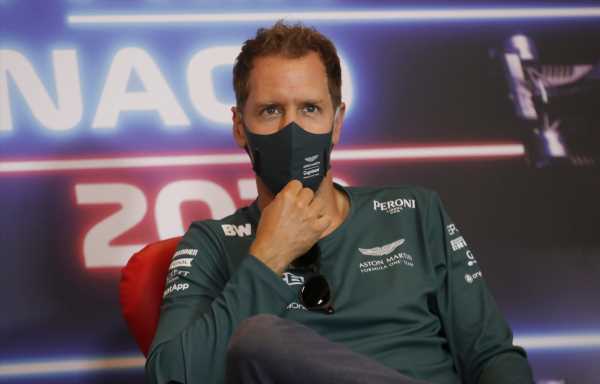 Former Formula 1 driver Marc Surer has said it is clear that four-time World Champion Sebastian Vettel “has not lost his talent”.

After a tricky start to life in his new surroundings at Aston Martin, Vettel has managed to become more used to the workings of the AMR21 and improve in recent weeks – particularly around the streets of Monaco and Baku.

Former Arrows and Brabham driver Surer has been a proponent of the German’s performances at Aston Martin, but caveated that with the belief that his performance levels have changed depending on the characteristics of each circuit.

That being said, is Vettel still one of the best drivers in F1?

“That stands out pretty blatantly,” Surer emphasised in an interview on Formel1.de’s YouTube channel.

“I noticed that he is good on some tracks, but not on others. […] His last victory with the Ferrari was in Singapore. A street circuit. Now he’s gone fast again on two street circuits [Monaco and Baku]. City circuits obviously suit him. He does well there.

“On perfectly normal tracks, he’s missing a bit. I notice this fluctuation. I haven’t been able to observe that with him in the past.

“You throw the car into the corners [on street circuits], have less to do with aerodynamics and more to do with mechanical grip.”

“When it comes to the fast tracks, aerodynamics is the decisive factor in how fast a car goes through the corners. That could be where the difference comes from.”

There's not long to go!

Who will be joining us at the #BritishGP? 🇬🇧 pic.twitter.com/zkrPSwlT2p

Team-mate Lance Stroll had generally got the better of Vettel in the early races of the season and, while Vettel has since improved to hold 30 World Championship points against Stroll’s 14, Surer believes that their relative closeness in pace boils down partly to the machinery underneath both drivers.

Vettel has admitted himself that it is “difficult to stand out” in the congested midfield in Formula 1, but Surer remains convinced that the Vettel of old can still resurface – if Aston Martin improve their speed.

“When Vettel is driving around at the back, Stroll is usually not far away either,” Surer said.

“From that point of view, it’s not just down to Vettel’s driving style, I think it’s mainly down to the car.

“He can still drive fast if he gets the chance and has the material. But obviously it’s insanely difficult for Aston Martin to get the car into the right window with the tyres.