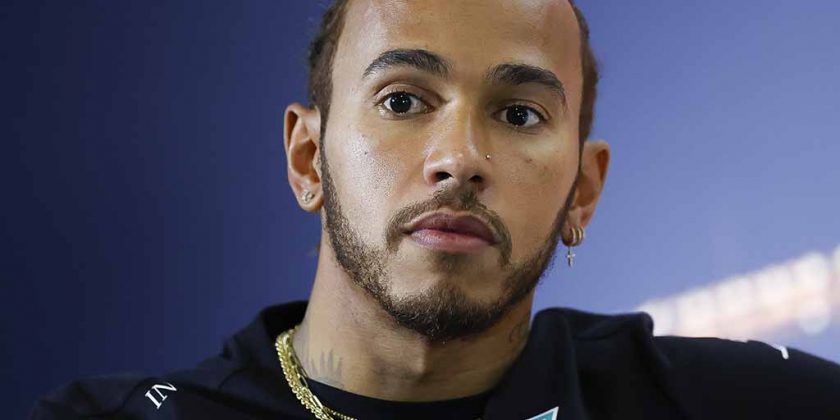 Earlier this year Ferrari announced that 2020 would be Sebastian Vettel’s sixth and final season racing for the Scuderia.

Two days later, after several reports that Hamilton would be in line to replace the German, Ferrari revealed Sainz as Charles Leclerc’s 2021 team-mate.

But the Spaniard only has a two-year deal in place, leaving the door open for Hamilton to possibly join Ferrari in 2023.

Brundle says it may yet happen.

“I doubt Sainz has got anything locked down in terms of anything beyond one season,” the former driver turned commentator told Sportsmail.

“If Toto [Wolff] left Mercedes and they rowed back a bit with the global pandemic issues and cost cuts coming in F1, the whole scene is changing, then I think his [Hamilton’s] mind might have to turn again to have a look at Ferrari. I would if I was him.

“I’ve spoken to him about being dressed in red and standing on that podium at Monza and looking at the crowd in Ferrari overalls. He said ‘I love red, I’ve got red in my crash helmet, it’s the colour of passion’ but his stock answer was ‘I’ve raced for Mercedes all of my F1 career.’

“Think about it commercially, he can be an ambassador forever for that company so it would be a lot to walk away from.”

Brundle, though, has warned Hamilton that walking away from an extremely successful stint at Mercedes to join Ferrari may not work out best for him in the long run.

He used Michael Schumacher as an example of this.

Schumacher left Ferrari, and F1, at the end of the 2006 season but returned to the grid in 2010 with Mercedes.

The German failed to win a single grand prix with Mercedes, and in fact only managed to bag one podium in his three years with the team.

Brundle added: “It would be nice to see but Michael Schumacher was a Ferrari hero then he went to Mercedes and broke that link to Ferrari and it didn’t work out.

“Lewis has got to step away from a company he has been involved with all his professional career and you would really have to think long and hard about that, just for the romance of being a Ferrari driver.

“And where are Ferrari at? Are they going to give him a winning car or is he going to end up frustrated like Fernando Alonso or Sebastian Vettel?”

At 35 years of age, Brundle reckons the six-time World Champion understands the importance of making the right career moves as they could be his last.

“He is aware that he is in the last phase of his career,” he added.

“When I was racing in F1 the top guys could race into their 40s and were still winning. But there was less data back then and experience counted for more. We didn’t have sensors on cars or the simulators.

“The cars were animals to drive and the driver was much more involved in setting them up using experience. You had to coax an F1 car towards the end of the race. You had to mind the gears, gearbox, the brakes the drive shaft, the clutch etc.

“Experience counted. Now the cars are much stronger much faster. I think it has become a younger man’s sport – younger women as well hopefully soon but Lewis doesn’t seem to age. But will Lewis be doing this in his 40s? No he won’t.

“I see him doing one more contract but he has more to offer yet. When you see him all chiselled in his social media pictures… you need motivation to get like that ahead of a season.

“I have not seen anything that suggests he is ready to stop but an awful lot has happened in the last few months.”